One of the best things about playing on iOS is the price. Awesome apps with endless levels, addictive concepts, and a long tail of downloadable goodies can be purchased for less cash than a chocolate bar.

Take the cream of this week's new releases on the App Store - it'd only set you back £4.25 for the lot. That's change from a fiver and cheaper than a Burger King lunch.

Of course, we don't mind spending a few quid here or even up to a tenner there - if a game is worth it.

But between dining out on big releases, it's nice to be able to dive onto the App Store and snack on a top new game like compulsive pseudo-shmup Hypership Out of Control for pennies. 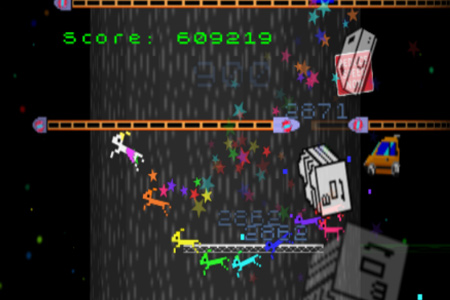 "GoatUp is easily the best goat-related platform game on iOS", Brit developer Jeff Minter argues. But, while we think he might be a little biased - having made the game and all -we're inclined to agree. There's simply no better even-toed ungulate-based leaper about.

You play a goat (or something made out of about 20 pixels that somewhat resembles a goat) who leaps from platform to platform, kissing billy goats and collecting kids to add to your growing nuclear family.

Along the way up, you'll encounter nasty enemy types and loads of unique bonus items to find, plus plenty of zones and scenes that are inspired by ancient platforming romps.

In fact, the entire game looks like it's come from another era, having materialised on iTunes out of some wormhole to the past. Like all of Llamasoft's C64-inspired experiences, the bonkers GoatUp has a distinctly retro vibe to it, with super-simple graphics and a bleepy bloopy chiptune soundtrack. 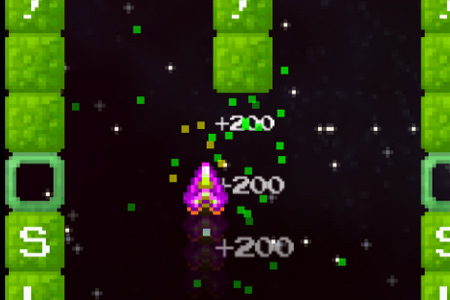 Hypership Out of Control - a retro-themed, indie-born shooter that's emerged from Xbox Indie Games and Windows Phone - definitely lives up to its convoluted mouthful of a name.

Your itty bitty pixel-art spaceship is stuck on full throttle and its cosmic brake pedal is out of action. Worst still, this all happens as you rocket into an ocean of deadly asteroids. You'll need quick reflexes to dodge them all and return to safety.

There are a whole bunch of modes on offer - from the simple to the maddeningly hard Reverse Super Speed on hardcore - and leaderboards for each. If you've got a competitive streak, then this will satisfy your urges nicely. 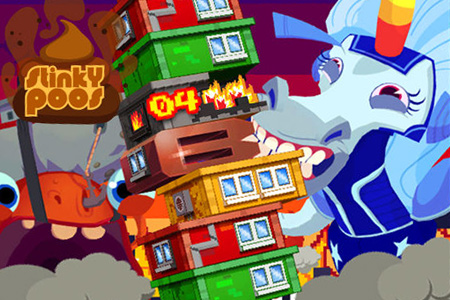 It's either the most unbelievable insurance claim you'll ever make, or the outcome of a collaboration between PikPok - the Kiwi lot behind addictive time-sinks like BirdStrike - and Adult Swim - the nutty studio responsible for nonsense like Amateur Surgeon 2.

We'll put you out of your misery: it's the latter. Monsters Ate My Condo is a suitably barmy and outrageously garish mash-up that's sure to arise when two iOS titans put their cross-continent noggins together.

The game is simple enough. Coloured condo blocks rain from the sky and you can either let them pile up or whisk them into the gobs of two correspondingly coloured monsters. Ultimately, you've got to make tall piles of identically coloured floors to earn points and lower your towering pile.

It's a wicked smart and rather unique puzzler, made even more memorable by its colourful artwork and pseudo-Japanese style. And with monsters with monikers like Reginald Starfire and Lord Ferocious, how can you say no? 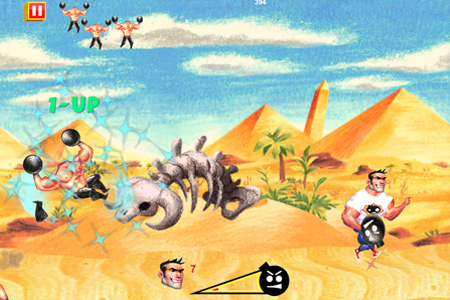 Kamikaze Attack is the iOS spin-off of Serious Sam developer Croteam's "indie series" on console. To celebrate the impending release of Sam's third outing, indie devs of all shapes have got together to make downloadable tie-in treats.

After Xbox Live's Serious Sam Double D comes this auto-runner from Be-Rad Entertainment. And it's the only game of the bunch where you don't take control of T-shirt-sporting Duke Nukem-wannabe Sam Stone.

Instead, you play as a headless baddie in eternal pursuit of Sam. You'll have to dodge obstacles and bounce missiles back at the series's beefcake hero to bring him down. It's silly and simple, but for 69p it's a fun diversion for Serious Sam fans who are craving their next fix. 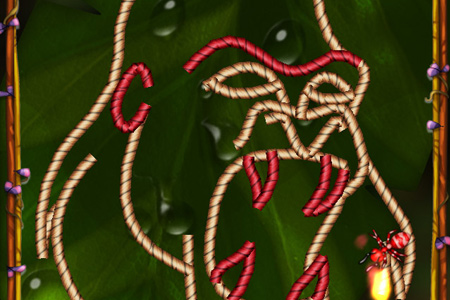 Like the rather unambitious To-Fu sequel from last week, Worlds is little more than a little more of smart puzzler Burn the Rope.

If you never played the original, you can look forward to an inventive, tactile game that turns your entire iPhone into a controller. As you set a teeny rope burning, you'll have to twist and turn your smartphone to keep the flame burning and chew through the entire ropey maze.

And if you did play the first game, which we gave a Bronze Award to for being "original and taxing", you can look forward to 100 brand new stages and a fresh new mini-game to play. It's win-win.