If the App Store headlines of early 2011 are any indication, the iPhone community’s endless calls of 'copycats', 'trademark trolls' and 'clones' show no signs of subsiding.

In a matter of weeks, Capcom ripped off 'Splosion Man with MaXplosion, Gameloft defended itself against claims of plagiarism, Lima Sky and Stick Sports yelled trademark infringement, and Rope Cut cloned indie favourite Cut the Rope.

Ever since its launch, the iPhone’s App Store has been no stranger to trademark and copyright controversy, with seemingly endless examples of games that rip off or are ripped off by other developers, brazen attempts to cash in on popular titles, and little mind paid to due legal process.

Then again, it’s easy to play backseat lawyer and throw those spurious accusations at App Store games and developers. So we decided to turn it over to the experts: video game developers who have been affected, and computer games and commercial IP specialist Alex Tutty, from media solicitors' firm Sheridans.

Sheridans is the closest thing you can get to an expert voice in this field. The firm assisted Mobigame with the Edge case, defended Doodle-named games from Lima Sky, and is now working with Stick Sports Ltd to uphold its trademark.

We’ll be disentangling the intricacies of IP law, looking at case studies from past App Store litigation, exploring Apple’s position on the subject, and providing advice to new developers looking to avoid legal mishaps with their apps.

It doesn’t take an eagle-eyed observer to point out the remarkable similarities between Gameloft’s top software and the most popular console games. The science fiction shooter N.O.V.A. is a thinly veiled knock-off of Bungie’s Halo, right down to the warthog-esque vehicle and blue AI chick. And Zombie Infection bears a striking resemblance to Resident Evil 5. 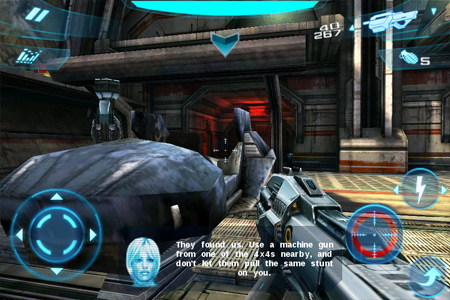 When questioned recently, Gameloft CEO Michel Guillemot didn’t disagree, but said recycling the same tired concepts is an industry-wide problem. "The video game industry has always played around a limited number of themes,“ he says. “There is maybe one new idea a year."

Another sticky situation was Capcom’s recent iPhone game, MaXplosion, which reeked of Twisted Pixel’s ‘Splosion Man in a brazen clone that the original game’s programmer called “complete theft”. Both games feature frenetic red protagonists, confined to laboratories, that leap in the air by detonating their internal organs. Or something.

But are these giant mobile publishers actually at risk of being taken to court over copyright infringement by the numerous developers and publishers - Twisted Pixel, Bungie, Blizzard, etc - who might feel their games are copied by Gameloft, Capcom, or other copycat developers? 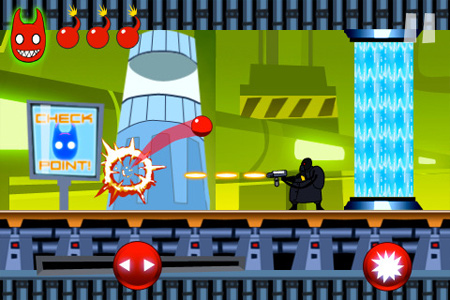 Sheridans’s Alex Tutty explains that a number of elements in games, such as text and music, are automatically protected by copyright upon release, and are usually owned by the original developer.

They’re given the same protection afforded to other mediums, so the actual source code is deemed a literary work, like a book, and the game’s visual appearance is upheld in court as an artistic work, much in the same way that a painting or photo would be.

And making the claim is as simple - and maddeningly complicated - as showing screenshots of Halo and N.O.V.A., or 'Splosion Man and MaXplosion, side by side. “Essentially by comparing screenshots, substantial part of party A's screenshot should appear in party B's screenshot in order for there to be copyright infringement.”

What would be deemed substantial is, “determined both qualitatively and quantitatively”. This is further complicated by a recent court ruling that states a "substantial part of the independent skill and labour of the original author" has to be copied.

But a good rule of thumb, Tutty explains, “is that if when comparing the screenshots it is clear that an ordinary person would look at both and conclude that one must have been copied from the other then the case of infringement can be more easily made.” 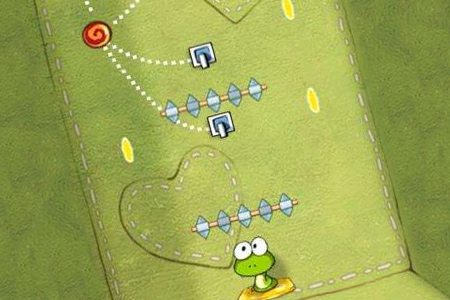 Which means Twisted Pixel might have a strong case against Capcom, and straight-up clones like Cut the Rope copycat Rope Cut and The Blocks Cometh imitator, ahem, The Blocks Cometh would be absolutely dead in the water.

But despite the odds being on Twisted Pixel’s side, the developer won’t be taking legal action. “Since we owe Capcom so much for its many contributions to all of our childhoods, we will just keep our focus on making new games,” Twisted Pixel CEO Michael Wilford told Pocket Gamer. “That way [Capcom will] have something else to use for ‘inspiration’ next year.”

Capcom said at the time, “we are saddened by this situation and hope to rebuild the trust of our fans and friends in the gaming community."

Gameloft’s games, which are significantly less brazen and always manage to err on the right side of “inspired by”, would be a much harder case to argue, it seems. So far, no developer has ever taken legal action against Gameloft.

What’s in a name? Well, get on the wrong side of trademark law and the answer is thousands of dollars and pointy courtroom dramas, apparently.

The poster-child of App Store litigation is cuboid puzzler Edge. The game’s French developer Mobigame was dragged through the courts for over a year, the game appeared and disappeared from iTunes every few months, and the studio was involved in a nasty public spat with gaming pariah Tim Langdell.

In May 2009, Edge disappeared from the App Store, and we soon found out that trademark infringement was behind the removal. Langdell owned the word "Edge" (as it pertained to video games), and used his legal right to bully and threaten game developers and magazine publishers with legal action. 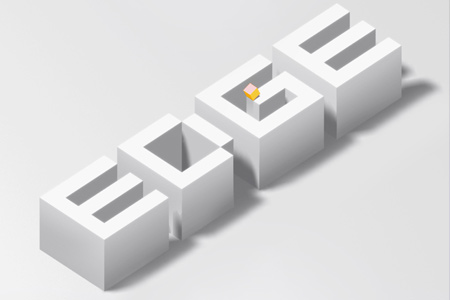 “I understand what Apple did at the beginning, because they had no other choice,” Mobigame CEO David Papazian tells Pocket Gamer, looking back on the events. “Tim Langdell had a trademark in the United States and no one knew that he was a fraud back in April 2009.”

But in October of 2010 it all, finally, came to an end. Following a request from publisher EA (who got involved thanks to Mirror’s Edge), the court stripped Langdell of his trademarks. He had used doctored images and false evidence to show that he was still using the trademarks in a meaningful and commercial fashion. Fatality.

Lima Sky’s Igor Pusenjak has since backed down, stating that his claim “overreached”, and is no longer threatening Doodle-named games with legal action. Stick Sports’s case is ongoing.

Alex Tutty’s firm Sheridans actively assisted some of the developers targeted by Lima Sky. But the same firm is now on the other side of the coin, and is representing Stick Sports Ltd in its claims of trademark infringement.

So why did the Doodle case fall apart, and what makes the Stick case worth backing? 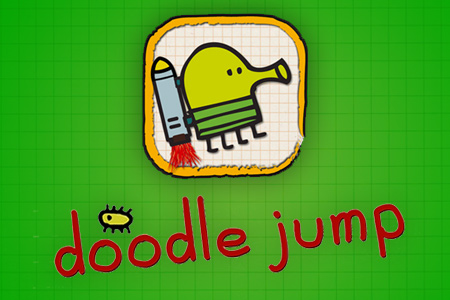 First, we have to know how trademark infringement is policed. “Trade marks are registered against specific classes of goods ranging from industrial chemicals to computer games,” Tutty says. For example, Lima Sky’s “Doodle Jump” mark is registered under 'Computer game programs', while Stick Sports’s “Stick” mark is classified, among other things, as 'Entertainment computer software.'

Essentially, it’s because Lima Sky’s trademark is for 'Doodle Jump', and not 'Doodle', while Stick Sports’s trademark is for just 'Stick'. It instantly gives you more leverage in court, and is the same reason that social networking behemoth Facebook wants to add the trademark “Face” to its growing collection.

Also, Doodle is “obviously quite a generic description of a style of game,” says Tutty, and not being the first game to contain the word 'Doodle' in its name didn’t help matters much, either.

“The position of Stick Sports is very different,” writes Sheridans’s Alex Chapman in a statement, “and the fact that certain companies have sought to assert rights they do not have should not prevent Stick Sports and others like it from asserting rights that it does have.” 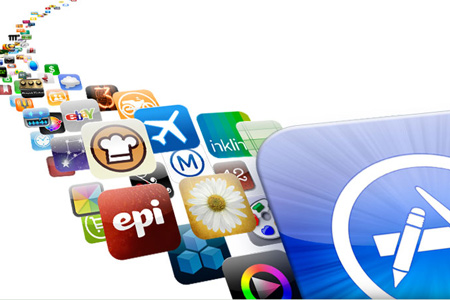 So where does Apple stand on all this? From past encounters, its become clear that the App Store gatekeeper is quick to pull an app if there’s any complaint about copyright infringement. But for a huge retailer that pushes out hundreds of thousands of third-party products, getting too involved can a bad idea.

“Committing the manpower to adjudicate claims would be costly,” says Tutty of some large online stores. "Should the retailer decide one way and then the matter go to court and be found the other way then it would leave itself liable to an action. Accordingly the retailer avoids this by taking the approach of not adjudicating on matters and taking down any item that is the subject of a complaint.”

Apple - which sells more than 400,000 apps on iTunes - has a similar policy, which can leave some app developers stuck, and feeling helpless in a copyright-based situation.

But Mobigame founder David Papazian says he doesn’t blame Apple for its actions over the months Edge was in legal flux. “I will not speak for Apple, but they take a lot of time to study all these issues seriously,” he tells Pocket Gamer. “And I believe that there are really more of them than you can imagine, like an iceberg. I believe that Apple does a very good job to deal with all those issues. Unfortunately it takes time.”

The overall sentiment seems to be that Apple will do what it can to keep things fair and balanced, but the sheer number of apps available means it can’t be your lawyer. Developers, no matter how small, have a responsibility to consider the legal ramifications of trademarks, copyrights, or intellectual property before distributing an app. 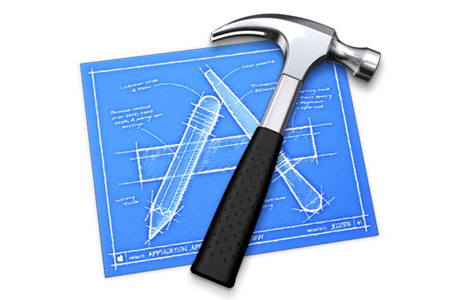 So if you're a small, up-and-coming developer looking towards the iPhone, what advice would our experts give to avoid similar mishaps happening to you?

Papazian says, “first protect your trademarks and your work, that’s important, especially if your game gets some success. Second, don’t be scared of lawyers. It’s true that they can be expensive, but it will avoid you a lot of troubles, and probably save you a lot of money.”

Tutty says you should do your legal homework before you even get started. “When starting out on a new game have a look to see if there are some games with similar names as the one you want to use around.

"The trade mark registry databases are reasonably user friendly and should be searched for identical and similar names in both the computer games classes and other related classes. If there is nothing identical on the databases, developers should consider registering the mark.”

“If there are concerns consider discussing them with a lawyer who works in games and put together a strategy. In some cases it might be worth discussing with the party who might complain or thinking of another name.

"In either case registering a trademark is best done by a trademark attorney or lawyer as while the filing can be straightforward the drafting of the specifications and dealing with the registration is much more easily done by an individual specialising in this area.”

Our thanks to David Papazian of Mobigame, Michael Wilford of Twisted Pixel, and Alex Tutty of Sheridans Media Lawyers.
Next Up :
Best upcoming mobile games in 2021