Fearless Fantasy, the weird hyperactive RPG, will be out on iOS on May 14th

TinyBuild has announced that Enter Skies's parody RPG Fearless Fantasy will be out for iOS on May 14th.

It was previously released on PC, but its gesture-based combat should mean that it feels most at home on a touchscreen.

It works like any other turn-based RPG for the most part. Except, after selecting your attack, you have to accurately swipe arrows at the right time to dish out the most damage and score critical hits.

The idea is to keep you active at all times during the battles. This is a game that has a lot of energy and it wants you to match it. 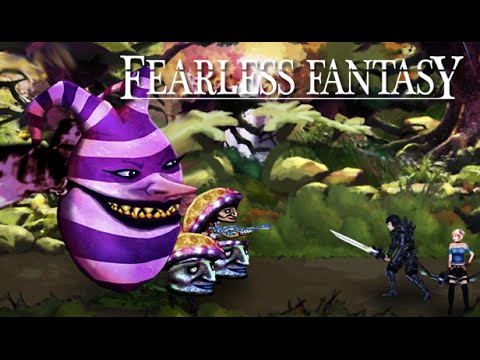 And, as you'll see in the trailer, it's also voluptuously bizarre. Enemies are psychedelic space hoppers and flowers with snarling teeth and lecherous tongues. And that's the less wild ones.

The story is rather throwaway for the most part, as you're out to save a princess from an awful marriage to the game's main villain.

If you want to find out more about Fearless Fantasy then check out our hands-on preview.

Get a dose of weird, frantic RPG as Fearless Fantasy is free on iOS for today only