Mistwalker has released a massive update for Fantasian, its mobile RPG on Apple Arcade. Players can expect new “Void Realm” and “New Game+” content among others.

Consisting of three floors, Fantasian’s Void Realm will have players touching void crystals and initiating battles in levels that represent the three major cities - Frontier Town of En, Vence, City of Water and the Vibra Royal Capital. On the other hand, the “New Game+” content will let players start their adventure from the beginning but with their character levels, skills, and equipment retained. Players should be able to reunite with all allies, as well as have all Divine Artifacts awakened to gain access to New Game+ content. They should also have obtained the Tachyon Medal from the God Realm. 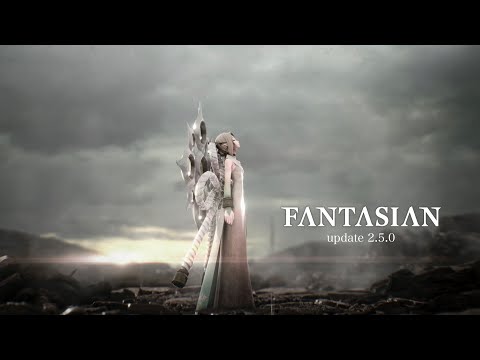 “I could not be happier to release this massive update. I’ve left nothing on the table as we complete the Fantasian saga, which is a compilation of my life’s work thus far,” says Hironobu Sakaguchi. “We have heard some of you say that the bosses in Part 2 are quite challenging, but through trial and error have managed to defeat said bosses and witness the ending. Watching the players overcome our challenges has given us new energy.

“The immense satisfaction that our players have experienced as they defeat the final boss, we hope turns into ‘the power to move them forward’ in all aspects of their lives. This major update to the game is for all the players who want to clear every aspect of the world Fantasian has to offer,” he goes on.

If you’re itching to give the new update a go, you can download Fantasian on the iOS App Store via Apple Arcade, which is a monthly subscription service that costs $4.99 a month. You can also have a look at the embedded teaser trailer above to get a sneak peek at the new update.