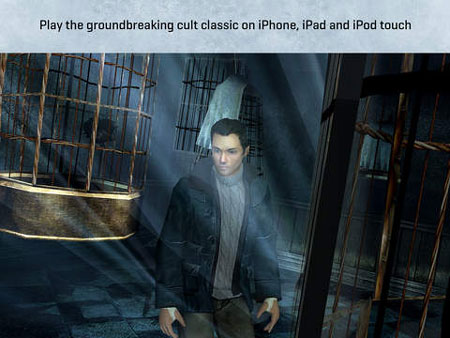 It looks like the leak was legit. Fahrenheit has just popped up on the App Store as a "Remastered" edition in New Zealand, which means it should be available worldwide in the coming hours.

Fahrenheit - or Indigo Prophecy, in America - is an interactive drama from Heavy Rain and Beyond: Two Souls developer Quantic Dream (and its ambitious auteur, David Cage).

You play as three characters - a dude called Lucas Kane, who murders a man while being possessed; and detectives Carla and Tyler, who are trying to solve that very crime.

Like a prototypical Telltale adventure, gameplay involves choosing responses in conversations and completing simple reaction test mini-games. Plus, your decisions have some bearing on the outcome of the story.

That story, by the way, takes a supernatural turn and bombards you with Mayan gods, Matrix-like super moves, and giant bugs who chase you around an office. It gets a little silly.

According to the iOS description the game's got revamped visuals, MFi controller support, and full widescreen scenes. You'll need 2GB and £7.99 / $9.99 to get it. We'll have a full review, soon.

[Update] It's orange versus purple as Fahrenheit: Indigo Prophecy is out now on Android

Is David Cage's Fahrenheit coming to iOS and Android?