Extreme Golf enters soft-launch for Android today, bringing a faster-paced spin on the sport to mobile

After delving into the world of MOBAs with Overdox, Haegin has returned to the sporting realm for their third game, Extreme Golf. They've previously released the popular Homerun Clash, so they definitely have some form in this area. Extreme Golf is available now in select countries for Android with an iOS release expected to follow later in April.

Extreme Golf is a multiplayer game where you'll tee off against 4-8 other players simultaneously. That means no waiting patiently for it to be your turn, instead, you'll have to golf at your best, but also do so within an allotted time frame. Factor in the usual golfing quandaries such as terrain, ball spin and wind makes Extreme Golf have the potential to become an intense multiplayer sports game. 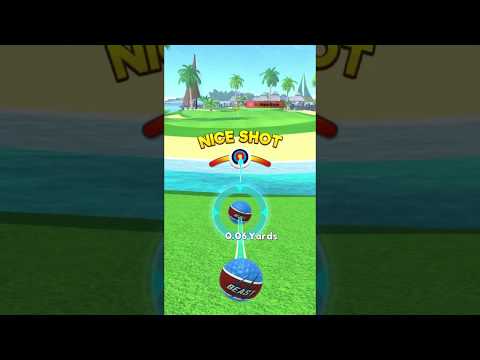 The matches themselves will consist of three rounds, so they should be fairly quick to play with speed potentially being the deciding factor. In the case of a tie, the player who completed the three rounds the quickest will be given the victory, so you won't want to waste too many precious seconds lining up the perfect shot.

If the gameplay is going to be as frantic as it sounds then you'll want the controls to be fairly intuitive and quick to use. Haegin promises this will be the case with Extreme Golf being controlled through drag and release shot mechanics that are intended to be easy to pick up.

There will be a host of tournaments to test your skills in once you've become accustomed to the controls alongside a series of challenges to beat. These will reward players with different clubs, balls and special abilities.

Extreme Golf is available now over on Google Play in select, unspecified countries where it's a free-to-play game with in-app purchases. The game is also slated to release on the App Store and Google Play worldwide following a short testing phase this month.

Enjoy sports on the go? Here are 25 of the best sports games available for Android
Next Up :
Isekai Rondo is an upcoming pixel-art JRPG from KEMCO that's now open for pre-registration on Google Play