Chernobyl is a place of mystery after one of the worst nuclear disasters in history all but wiped it off the map. In Escape from Chernobyl you've got to navigate the power plant and its surrounding area as you continue on from Radiation City's adventure.

Scavenge for weapons and gear, find out what happened to Lauren, and try to survive the zombies and mutations that reside within in this first-person horror game.

While that sounds all gravy on paper, the truth is in playing and we couldn't wait for our App Army to get their hands on it. What'd they think, you say? Let's find out. 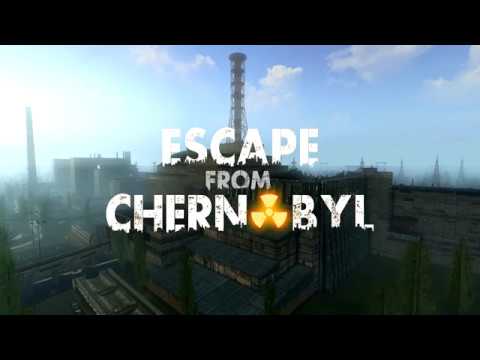 As I liked their previous product, Radiation City, this continuation interested me. But, as soon as I set foot into Chernobyl, my spirit began waning before disappearing altogether... through an hour and a half of gameplay. I, of course continued to play, but only to put an end to the story of the previous game.

Like its predecessor, the plot is told again in the form of messages on tablets scattered across the area and the main goal is specified by a yellow marker. In fact, the gameplay repeats Radiation City and makes the sequel more tiresome as the first hour and a half you will run through reactors and disconnect electric fields.

The user interface and graphics practically stayed the same and
as a result it seems that "Escape From Chernobyl" didn't improve in comparison with the previous game at all. The same graphics, the huge-but-empty open world, lack of a plot, the tightened tasks, even the same enemies. Only the scene of action changed and added useless a stealth system which only spoils the game. In my opinion it would be better to make fewer locations, but filled with more events.

Being 'lucky' to live in a relative proximity from the actual Chernobyl nuclear plant and having experienced some light consequences of the disaster in my early childhood, I was beyond excited to make a virtual trip to the area. Alas, aside from the premise, nothing could captivate me in this horror-filled exploration game with crafting and fighting elements.

Its graphics appeared to be washed out on my device, the punch button always seemed to get in the way, item images and in-game text were inconveniently tiny, and on top of all that I had scarce understanding of what to do and where to go next. I have zero doubt that countless hours and efforts have gone into making of the game in question, but I would not recommend it for purchase to those mobile gamers, who appreciate novelty, polish, and creativity.

So far the only right and surefire way to escape from Chernobyl is to press the Home button on your Apple device, which I gladly did after slightly more than half an hour into the game.

Let's start with the good on this one as there's a lot of bad to go through. The ambition of Escape from Chernobyl is incredible and I absolutely love the premise, which I'm amazed I haven't seen before.

Now the bad. The waypoints system is a mess, the inventory unintuitive, levels - while nicely designed - have lots of points to get stuck on, there are way too many buttons, and the tutorial overloads you with information in the first 30 seconds of play.

Most of the above could be fixed, the compass could show if a waypoint is above or below you. The three buttons to crouch, run and jump could be eliminated and a tap, hold, or swipe system put in. A more spread out tutorial could be implemented.

On my 7 Plus I found managing everything a nightmare and lost the drive to carry on pretty quickly. Avoid this one like it’s irradiated for now, but keep an eye out for updates. There's potential here. 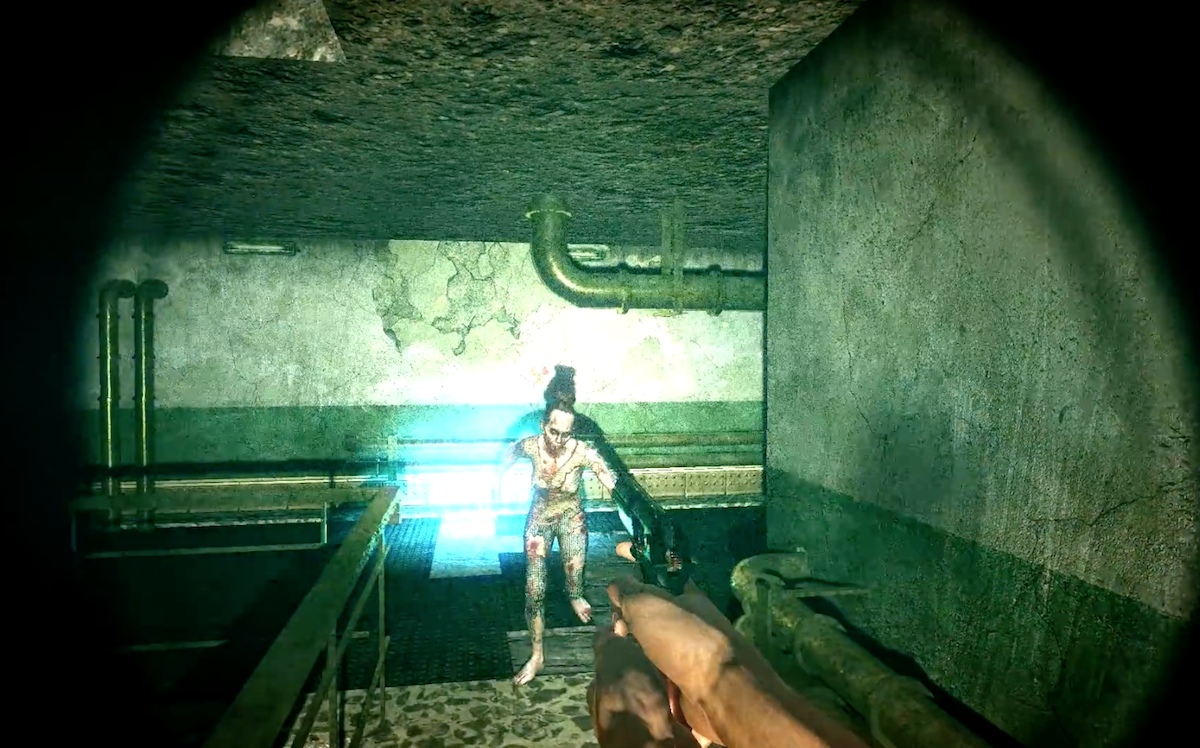 My first initial impression of this game was to be totally impressed by the graphics, and, aside from being a bit washed out at times, I stand by that. The problem is that when they are washed out it is very hard to see where you're going except for the occasional bright shine of radiation that will kill you. So, yeah, I'm pretty disappointed.

The controls, especially on my iPhone were very bad. The button to punch/attack is way too close to the other right-side buttons, and I found myself swinging at empty air when I was trying to jump. The inventory is hard to access and hard to see, and the pointer to your goal seems very hard to follow. It would benefit from telling the player whether they need to go up or down. As it was, I wasted a great deal of time (and radiation pills) climbing up just to find a dead end. And die. Twice.

Quite frankly, this game seems to start on a pretty hard level. I really wanted to like it, but I was pretty happy to escape from it. Disappointed.

I liked and played both Radiation games before, so I don't know what went wrong this time. There are positives, of course. The game looks and sounds very, very good. It's also very atmospheric and creepy - the kind of game that's very enjoyable playing it with headphones and the lights out. Unfortunately, other than that, there's really not much good to say.

Playing on an iPad, button placement wasn't much of an issue, except that both action buttons felt unresponsive at times. Movement, however, felt very clumsy and sometimes even laggy. I also noticed that the run button was lit up, but I was still walking. Environment interaction is weird: you can press on items that should be out of reach to get them, but in other cases I was looking directly at the items and still couldn't get them.

Level design is also confusing. I got stuck while walking on seemingly even floors and jumping distance and height are erratic too. I once got stuck on some debris while a zombie lunged at me, and it didn't matter how much I swung my weapon, it never even hit it.

The radiation system is also very annoying. Games like the Fallout series handle it quite well, making it a manageable obstacle, but in this game I don't get it. I died of poisoning in about half a minute after entering a room, and other times I could walk through large seemingly poisoned areas without much issue. Since items are scarce, instead of adding some tension to gameplay, it really just makes it stressful.

This developer in general offers quality games, let's hope they improve for the next one. 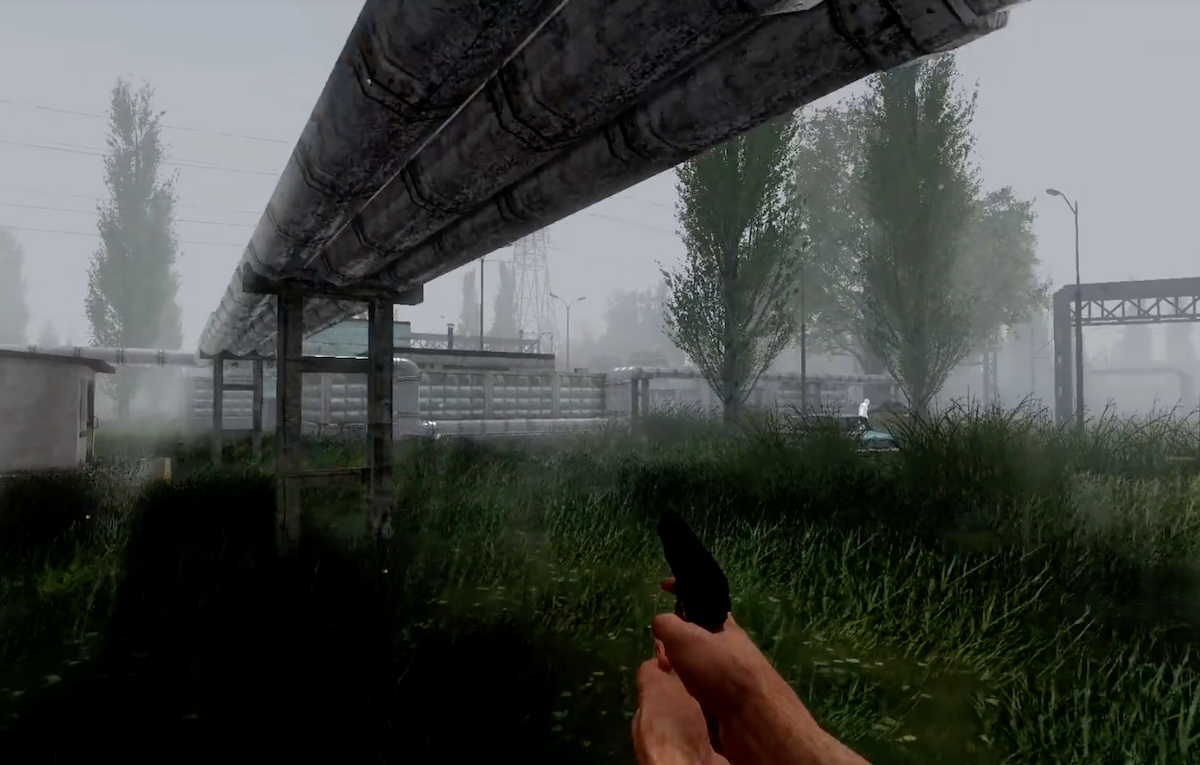 Having really enjoyed the STALKER games with their rough charm, and having invested in more than a few titles that have promised a similar experience on tablet, Escape from Chernobyl is far more polished and it is a rough game, even by STALKER's standards.

It takes a lot of patience to extract the fun out this genre of mobile game. Escape from Chernobyl may be well ahead of its contemporaries in the genre, but it doesn't make any of the innovations this genre needs to be enjoyable on the platform.

It took me a lot to sit down and play this game. Mainly because I'm not a big horror fan, but also because I know that these sort of games don't play well on touch screens. The controls were ok, basic first-person touch screen controls, but a physical controller would be better.

At the start of the game, I was bombarded with a lot of different menu options and buttons that I had to remember. Whilst focusing on trying not to soil myself, this was a lot to ask. The graphics are okay and may potentially put it ahead of some of its main competitors.

I didn't enjoy my experience with this game much. However, a fan of the genre might find some more pleasure in it.

At the beginning of this game I seemed to wander aimlessly, trying to make my way inside the building where I hoped I would find some action. This was mainly due to the controls which were really difficult to master and it took me a while to get anywhere.

To be fair, the graphics and music were what you would expect from the game's title - edgy and atmospheric - but when I finally encountered my first zombies they seemed to stand waiting for me to approach and didn't put up much of a fight.

I think I was expecting lights that flickered, noises from off screen, and zombies that jumped out of nowhere to scare me, but in this respect it all fell short and left me wanting a lot more than the gameplay had to offer.

Escape from Chernobyl is not a bad game, but knowing what's out there made it harder to give it a passing grade.

With decent graphics and sound, the game tries, but fails, to deliver a true horror experience.

Its controls were not great, but playable. All around there's nothing that really blew me away or motivated me to see it through till the end.

To join, simply follow this link to the page on Facebook and request access. We'll get you in right away!
Next Up :
App Army Assemble: PomPom: The Great Space Rescue - "Do this platformer's fresh mechanics make it a must-play?"

New iOS and Android games out this week: Sneak Ops, Kings and Assassins, Escape from Chernobyl, and more

'Radiation City' developer has another creepy survival iOS game on the way, Escape from Chernobyl