On Thursday, Auroch Digital announced that Endgame: Syria finally won purchase on the App Store months after its initial rejection.

After being told that a game based on the current Syrian civil war would't fly on the App Store, Auroch released the game for Android, PC, and Facebook players with its original title and setting unchanged.

Apple was unmoved by its peer platforms however, and rejected Endgame: Syria two more times until its developer took the drastic step of removing all references to Syria and Syrians from the title.

The result is the recently released Endgame: Eurasia - a game that looks and plays exactly like Endgame: Syria just, y'know, without all the Syria.

While it might seem like a cosmetic alteration, changing the name of Endgame: Syria to Endgame: Eurasia changed the focus of the game dramatically.

Originally designed as a reality 'newsgame', Endgame: Eurasia doesn't follow the progression of the Syrian conflict and is thus more of a fantasy warfare simulator than a postmodern war game.

Meanwhile, the Android version (which remains Endgame: Syria) was updated on Thursday to include more recent events from the ongoing war like Scud missile strikes and enhanced fears over weapons of mass destruction. 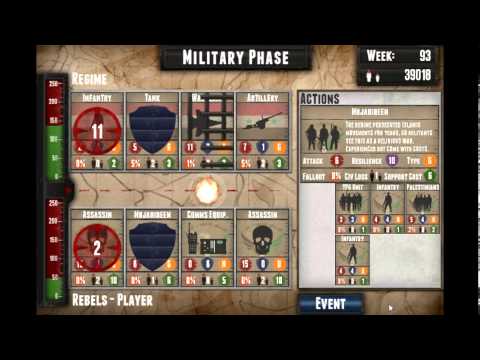