Honig Studios and HandyGames’ critically acclaimed title El Hijo – A Wild West Tale is officially out now on Android and iOS. It is a family-friendly spaghetti-western stealth game and was awarded the Best Indie Title 2019 by Gamescon, Best Family Game by the DCP, and the Pedagogic Media Award as well. Initially launched on consoles, mobile users can now enjoy this wonderful tale of a son reuniting with his mother.

El Hijo is Spanish for The Son and players will take on the role of a six-year-old boy who is trying to save his mother from the clutches of evil. It is a completely non-violent game and the child has will have come up with unique and silent ways to sneak past his enemies in a series of distinctive western environments. Common weapons like guns and bombs are not part of El Hijo, but this child has the most powerful weapon of all – his imagination. 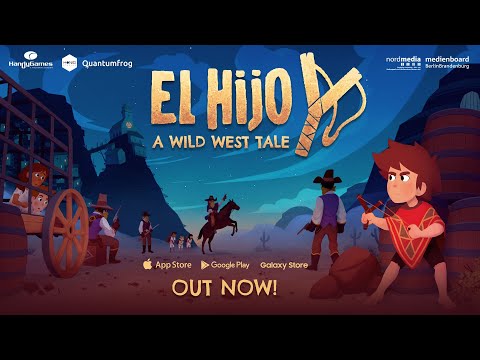 Using his imagination, the boy must use his toys to create distractions for his opponents and sneak away. His playfulness is his primary weapon using which he will save his mother. Another key aspect of the game is shadows. Suspicious outlaws are spread throughout the land looking for him and the young hero must make use of the darkness to hide and make his move when the coast is clear.

Through the course of the game, players will find themselves in mysterious monasteries, arid deserts, and frontier towns in this spaghetti-western world, where they will solve challenging environmental puzzles while using their arsenal of toys to distract enemies and plan their escape. A little inspiration can go a long way. On his journey to find his mother, the boy will also come across other children who he will inspire to join him on a path to freedom.

Enjoy this gripping story of a brave six-year-old child in search of his mother by downloading El Hijo on the App Store and Google Play. It has full controller support and will be available for a premium of $9.99/€9.99/£8.49.

Also, check out some of the best adventure games to play on mobile!
Next Up :
Pokemon Go is letting you become an in-game Gym Trainer with its new contest