Mobigame's Edge has landed as much controversy as it has awards, after being mired in the legal shenanigans of Tim Langdell and his trademark claims.

After it's long and ugly battle through the solicitors, Mobigame made the welcome decision to get Edge back on the App Store at the beginning of October, where it belongs, while Langdell continues his relentless copyright march elsewhere.

Anyway, Connect2Media has been in touch to let us know it's bringing the award-winning puzzle game to mobile very soon (we first heard about this back in February, but things have been quiet while the shitstorm raged).

It'll feature 43 cubist, puzzle solving levels (plus another three hidden ones, if you're some kind of Ã¼ber-cuber), and pack in accelerometer and touchscreen controls for compatible handsets.

Unless you're Tim Langdell, have a look at the video below of Edge running on a Sony Ericsson Satio, which makes full use of the fancy control systems (though I'm confident the game will be equally playable with the standard button controls). 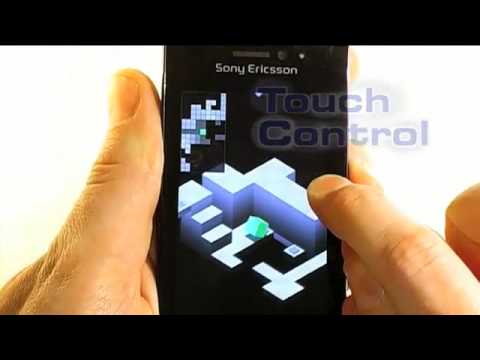