Playcrab have today launched the exciting new action-RPG, Dynasty of Dungeons. The game is a little bit more hardcore than your average mobile dungeon runner, so for that reason we've come up with a list of seven tips to help get you started on your boss-stomping adventure.

Pick a strategy and train your demons with it in mind 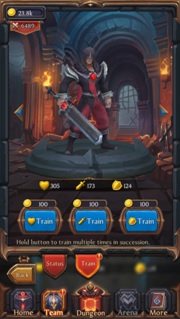 Training your Overlord is relatively expensive, so it's wise to pick your strategy fairly early on. For example, if you like to get up close and personal, why not give your defence a boost to ensure your little helper doesn't go down before he can get a hit in? 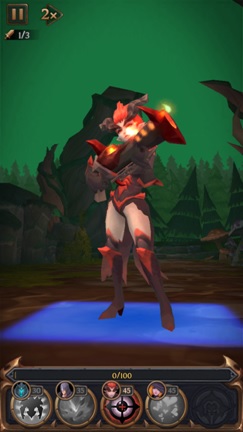 Timing your use of Fury Skills is incredibly important, due to the frugal nature of fury point gain. Picking the right skill to use at the time is also pretty important. For example, FireBee's Fury Skill is best used either at the start of a battle against weaker opponents, or saved until the later stage of a battle, when used against stronger opponents.

Try and complete all daily missions 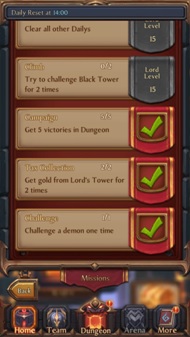 Missions are simple daily tasks that you can complete in order to receive rewards. Considering how short they take to complete, it's a good idea to try and complete all of them per day to reap the rewards. 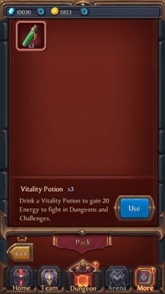 Resource management is a vital part of Dynasty of Dungeons. Plan which demons you'd like to evolve first so you can choose which mana type you'd like to receive as a result of your victories in the black tower.

Tap on your enemies to see their stats 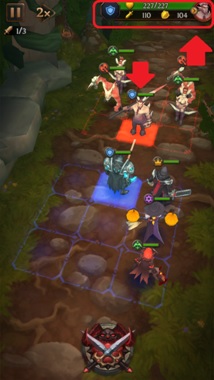 You can give your enemies a little tap to see their stats, which can be incredibly useful when trying to decide which demons pose the most threat.

Remember to collect your gold often 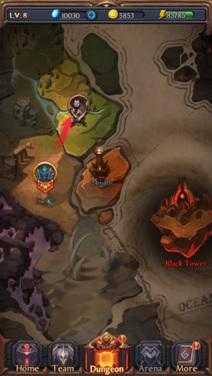 At the centre of the map, to the East of the Black tower is the Overlord's tower. After conquering regions in the map and unlocking demons in the process, you'll start accruing taxes. Make sure to collect these often so that you don't lose potential tax when your coffers fill up to the brim. Gold can be collected in this means every 30 minutes.

Save the pirate ship for later Try not to use your hard-earned gold in the pirate ship at the start of the game, because a lot of the purchasable items are given away for free later in the game.

Dynasty of Dungeons is available now from the App Store [download].

This article is sponsored as part of Steel Media Preferred Partners.
Next Up :
Definitive Apple Arcade games list - Every available title so far