Nearly a year after it was first announced, Cube Roots's match-three RPG Dungeon Hearts has been given a firm release date.

On March 28th, iPad owners will be able to download this interesting-looking spin on the traditional match-three puzzler.

Following in the footsteps of Might & Magic: Clash of Heroes and Puzzle Quest, Dungeon Hearts mixes RPG mechanics - like levelling and ability trees - with colour-matching elements pulled straight from Bejeweled. 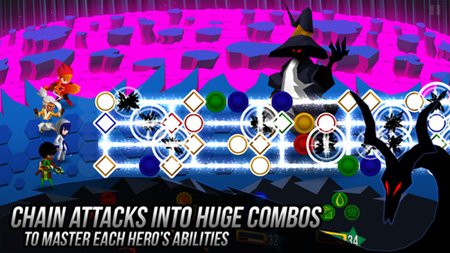 In Dungeon Hearts, you assume control of four characters, who must do battle with an array of nightmarish-looking creatures en route to a confrontation with the Dark One.

To attack, you have to combine coloured runes travelling from right to left. When runes from this "Fatestream" are correctly grouped, Dungeon Hearts's quartet of heroes will lay into enemies with a range attacks and combos.

Published by Devolver Digital, the distribution muscle behind PC-based indie hit Hotline Miami (due to hit Vita this spring), Dungeon Hearts will be available for iPad from March 28th, priced at £1.99 / $2.99. 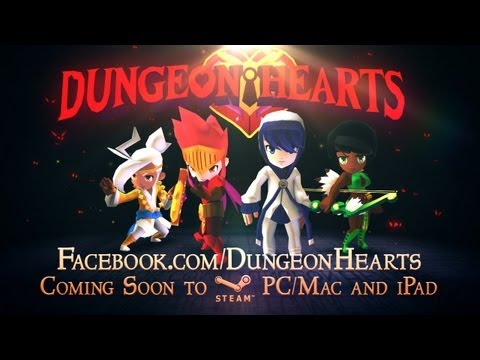