How to survive the depths in Dungelot: Shattered Lands - Hints, tips, and tricks

Don't kill that, kill this

Dungelot: Shattered Lands is out right now on the App Store. And you know what? We really like it. It's smart, it's fun, and it looks great.

But on top of all that it's also pretty difficult.

Now we're not for a second suggesting that you're not an elite gamer of the highest calibre, but everyone needs help every once in a while, and you shouldn't be afraid to ask for it.

With that in mind we've got some tips and tricks here to help you through the early parts of your underground adventure.

We'll walk you through the basics, give you a few hints to get you past some of the trickier challenges that the game throws at you, and generally hold you hand, pat your head, and tell you it's going to be okay. 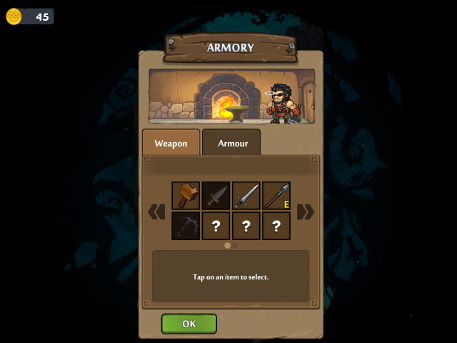 The first few dungeons in Shattered Lands aren't that difficult, and you can sort of waltz through them without thinking too much about what you're doing.

That's nice, but it can mean you're left flapping a little when the difficulty ramps up. These tips will explain what to do, how to do it, and why doing it is the best idea.

Lots of the dungeons you'll come across will have different buffs and de-buffs in them.

You'll find ancient guardians who smash enemies as they're revealed, but you'll also have to contend with dragon farts too.

Learning how to deal with these is important. You can disperse the dragon farts, which do you damage if they're still active, by clearing the squares around the green gas. 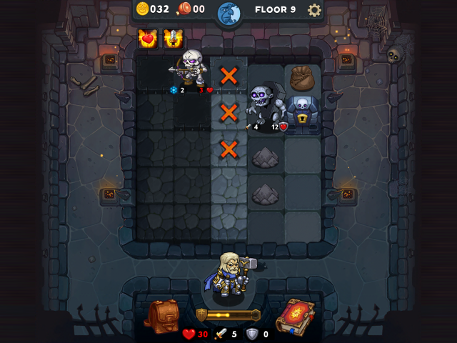 The biggest problem you'll face are the skeleton archers you can't reach with your melee weapons.

If you're rocking a crossbow you'll be fine, but if you've got a whacky-stick you're in trouble.

The best thing to do is keep a stock of throwing weapons to hand. Your spells will reach the snipers as well, and some of them will stun them for a while.

It's a chore, but taking one point of damage every turn will end your run before you can say "I wish I'd listened to Pocket Gamer."

The longer dungeons are pretty big slogs, so you need to make sure you're preserving your hero as best you can. Sometimes that means running the hell away.

When you reveal a monster you don't start fighting them straight away, so if there's still dungeon to clear have a look around and see if you can find the key without taking any damage. 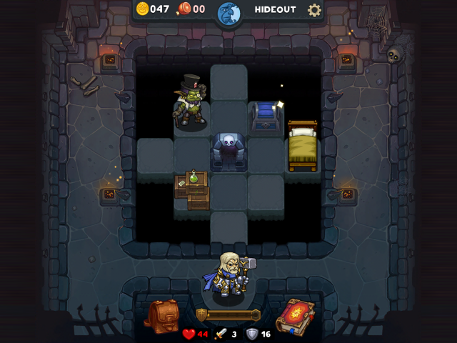 By the same token, if there's unexplored dungeon left when you find the key, it's worth having a poke around to find any items you might have missed. You can always run away if you pull a monster.

Watch out for things that will damage you without you attacking them though. Conserving your health is key to making it to the boss fight in one piece.

One thing to try and avoid at all costs is starvation. Getting your face mashed in by the grim reaper is cool, dying because you didn't take enough sandwiches isn't.

Try not to spend your rations on anything you don't need to, and only use them to sleep in the taverns if you're desperate. 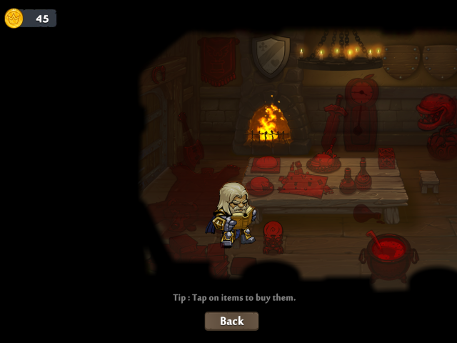 Remember to check what items are for sale, and whether you've got any spells that can fix you up first.

Make sure you check out your mansion as well. Inside it are a variety of different items you can purchase to permanently change your stats. They're expensive, but they're well worth investing in.

Remember to buff yourself before you go out if you can afford it, and think carefully about what weapon and armour you're taking with you. If things aren't working out, try something new.

Sometimes it's important to stock up your gold reserves, so instead of trying to finish a dungeon crawl, try and amass as much money as you can to help with the next one. 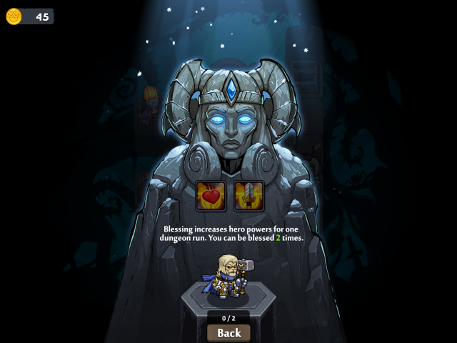 Learn what items do, and the different ways they can be used. Some stuff might look like junk, but with the right recipe you can craft it into something that's going to help you out.

And perhaps most importantly, remember that in essence this is a puzzle game. Think about what you're going to do before you do it, and try not to charge in head-first to situations you can't get out of.

Yes, there's some grind here, but if you plan your moves and try and protect yourself, you're going to get much deeper into Dungelot than if you go in all-swords swinging.

Next Up :
Brawl Stars Crow guide, builds and skins

Dungelot: Shattered Lands unique brand of dungeon crawling is out now on iOS