Back to where it came from

It's a beat 'em up that relies on your finger swipes to command Hanzo with jump, dashes, dodges, and slices as he journeys to save his family.

We gave the game a Silver Award on Vita, with our reviewer saying there's "some serious fun to be had here."

However, when it arrived on iOS last year, it fared less well. In that review, we remarked that the game "doesn't quite have the skills to really entice you in for more." 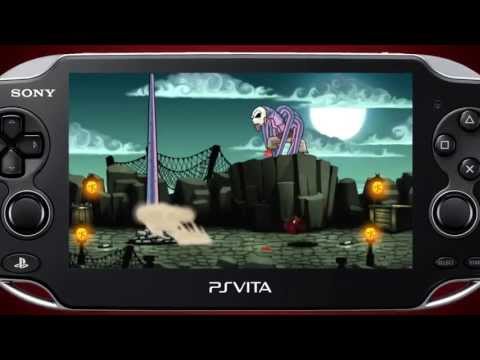 Still, this colourful remake should play better than the original Android version of the game released back in 2011. We reviewed that one as well, noting that it "doesn't exactly dazzle in depth and complexity."

If you want to purchase the new version of Draw Slasher on Android it'll cost you £1.99 / $2.99 on Google Play or the Amazon App Store.

The original Draw Slasher can still be had on Google Play for 89p / 99c.

Out at midnight: Silver Award winner Draw Slasher leaps over to iOS from Vita

Here's the funny trailer for this upcoming iOS game