iOS + Android
| Dragon Quest VIII: Journey of the Cursed King
Updated on May 29th at 11:05: Fret ye not Android JRPG fans, for Dragon Quest VIII is now available on the Google Play Store as well.

Still, you're getting a massive wodge of classic RPG for that. And it's in portrait mode.

Well this is a turn up for the eBooks. Dragon Quest VIII has popped up on the New Zealand App Store, which means it should be hitting the UK at midnight tonight.

The game was announced for mobiles a while back, and released on the Japanese App Store, but then things went a bit quiet, and hopes for a Western release started to fade.

But that was then and this is now.

The game plays in portrait mode, even on the iPad, and can apparently be played one-handed, if you're in to that sort of thing.

Everything appears to have made the transition from the PlayStation 2 version, albeit in a slightly more length-ways aspect ratio. 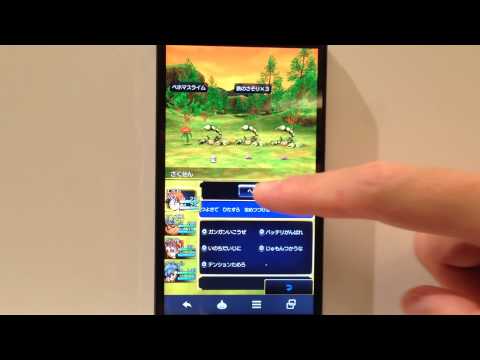 That's a complete price though, with the App Store blurb categorically stating that there are no IAPs to spend any more cash on. Which is nice.

Hopefully the Android version of the game should be making its way to the Google Play Store sometime soon, and we'll let you know when that lands as well.