Dragon Quest Builders, Square Enix’s Minecraft-esque spinoff of the classic JRPG series, has finally made its way to iOS and Android. To mark the occasion, there will be a two-week sale held from today that will see the game’s price down from $29.99 to $21.99.

Dragon Quest Builders is a unique spin on the Dragon Quest formula, as rather than being a turn-based JRPG adventure, it’s much more focused on survival, crafting, and, of course, building. While it does have a main quest that is memorable and some NPCs from all over the Dragon Quest series, it’s primarily focused on emulating the Minecraft experience with a few new takes on that formula. 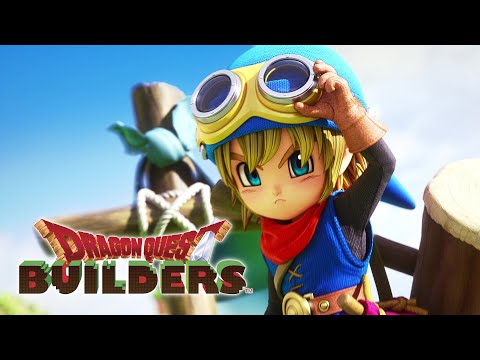 These takes include things like third-person action combat, a large and expansive open world with a questing system, the ability to help out towns and reconstruct them from the ground up, as well as having to defend said towns from invasions here and there. All of this is wrapped up with a loot system that will see you finding and equipping new and better weapons, armour, and consumable spell-like items.

The enemies you’ll be fighting will be familiar to anyone who’s played Dragon Quest, featuring the likes of goblins, slimes, demons, and more, all beautifully drawn with that ever so charming DQ art style. All in all, while it is a spinoff of the main franchise, Dragon Quest Builders is a lovely romp through the familiar ground, and its surprise launched out of the blue is a very welcome shock.

If you’re looking to download Dragon Quest Builders and see what it’s all about, you can do so for $21.99 on the App Store and Google Play. If you’re not quite convinced and want to read up about it before you buy, you can also check out the official website as well.

Looking for more survival games? Check out our Top 15 best survival games for iOS!
Next Up :
Jurassic World Primal Ops is an upcoming mobile game that lets players tame and fight alongside their favourite dinosaurs