Released in Japan late last year, Dragon Quest Builders 2 is the long-awaited follow-up to Square Enix's beloved sandbox builder. That original entry seemed to come out of nowhere, surprising everyone with its smart play on then-popular crafting and survival mechanics from the likes of Terraria and Minecraft.

The sequel sees you, an apprentice builder, fighting back against the Children of Hargon, a group of destruction-loving skeletons and monsters who seek to rid the world of all builders. Many will already know that the narrative, while charmingly written, is still largely a regurgitation of Dragon Quest II, fit with the same twists, turns, and character reveals. 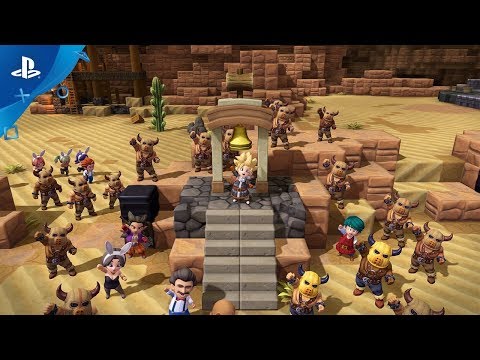 As was my feeling with the first Builders game, which cribbed its plot from the original Dragon Quest, I'd have much preferred a completely fresh tale with an all-new cast of characters. The decision to once again stick so closely to well-worn ground does this otherwise idiosyncratic series a disservice.

On arrival at the first island, Builders 2's biggest change makes itself know: you're now stuck with companion characters and townsfolk who you can journey alongside and kit out with weapons. They’ll follow you around, help you in combat, and even build for you. That last point will surely be contentious for many.

I didn't take well to it initially, feeling as if the game's focus was wavering from the core building. But, over time, the decision revealed itself to be the first of many ways Builders 2 plants ever more ambitious ideas in the player's mind – all while keeping the game, a much larger and more complex experience than its predecessor, open to all.

The first few story islands focus on their own specific gameplay theme. For example, the first area revolves around farming and the second on mining. Now, the story mode and islands could have gone the way of being glorified tutorials, but, in practice, that simply isn't how it pans out. And that's because all of this, everything you do, ultimately feeds back into its long-term hook: the Isle of Awakening, the game's sandbox hub world. 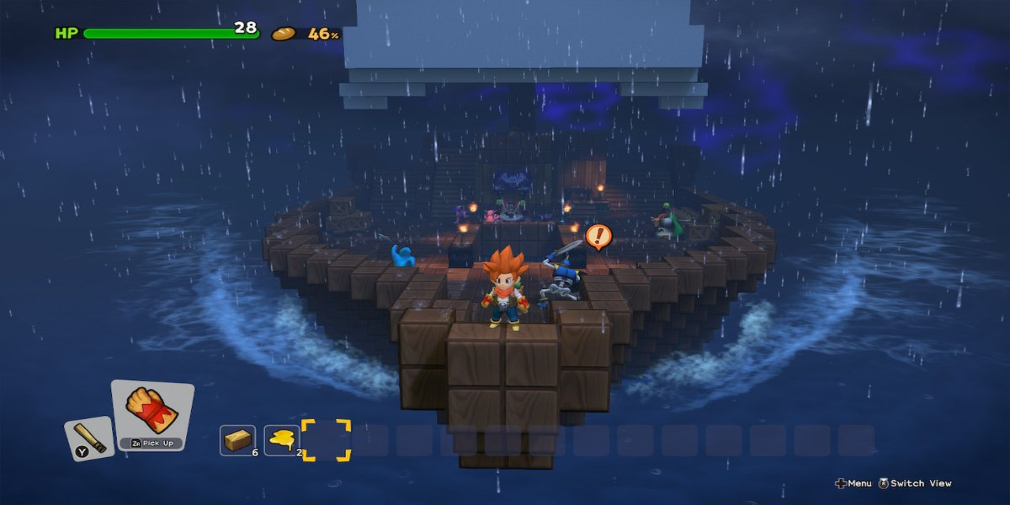 I regularly found myself drawing inspiration from the creations of the townsfolk for my own constructions; using my newfound interest in, and knowledge of, farming and mining to create a liveable, sustainable home; and heading out to fish, swim, and uncover secrets at the bottom of the sea.

So rather than feeling deflated in starting from scratch at the beginning of every new chapter, there's an overriding sense that what is gained from your efforts goes beyond accumulated materials or an upgraded arsenal. What you're amassing is a gradual and undeniable mastery of the game.

Putting up the walls

Having gone back to the original Builders to compare, it's also clear that Builders 2 has no shortage of new ideas and improved systems. I’m not going to list all of them here, but suffice it to say they are many and almost all for the best.

The first thing I noticed was that the block stack limit has been boosted considerably, making more sizable and impressive structures possible. Exploration is now all the more tempting thanks to the added means of traversal, including a Breath of the Wild-style hang glider and an abundance of fast-travel points dotted around each island.

That improved freedom of movement is much appreciated, because, as we've established, Builders 2 is a significantly more expansive game than its predecessor, easily serving up dozens of hours of things to do; most of them good, some not so. 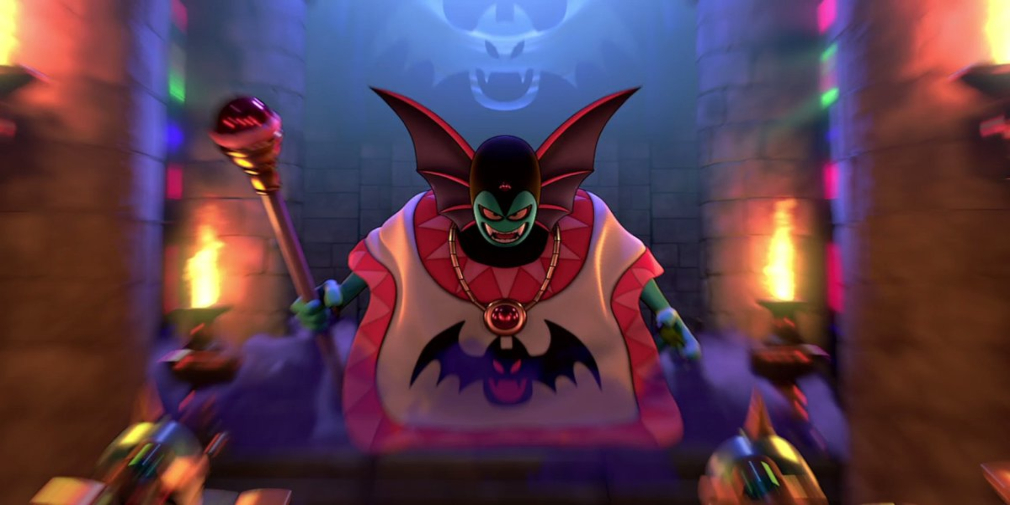 The overarching story missions are typically fine, giving you ample reason to keep on keeping on, but then there are tasks that stink of unremarkable, unengaging busywork. Of course, everything you do in a game like Builders could be classified as busywork, but the idea is that the "work" shouldn't be grating, it shouldn't feel like work, it should be borderline therapeutic.

All things considered, Dragon Quest Builders 2 is commendable for being the perfect entry point for new players while simultaneously navigating a significant expansion of scale with complete grace. And, as a result, it's likely to delight almost all comers.

Dragon Quest Builders 2 is an inventive and engrossing sequel, offering a significant, graceful expansion of scale
Next Up :
Warhammer 40,000: Tacticus review - "An approachable strategy to a grimdark future"

We now know when to expect Dragon Quest Builders 2

Dragon Quest Builders 2 launches on Switch December 20th in Japan, but what about a western release date?