After spending some time in soft-launch in Japan, it looks like Dragon Ball Z: Dokkan Battle has made its way to the rest of the world on Android and iOS.

It sees you forming teams from your favourite Dragon Ball characters to take out a whole bunch of old enemies, thanks to a time-travel based mishap.

It's half board game, half puzzle-fighter. You'll move through the overworld using a set number of moves per turn to travel to different squares on your path. 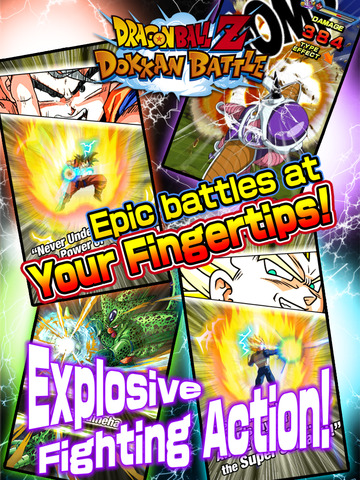 Eventually you'll have to fight some bad guys, which sees you tapping Ki Spheres to create a path towards the enemy to charge your character's attack.

It looks like silly, over-the-top nonsense set in the Dragon Ball universe, and it's got gorgeous graphics that are faithful to the source material to boot.

You can nab it for free, with in-app purchases of course, from Google Play and the App Store.