Gun boots platformer Downwell will be out for iOS and Android 'soon', gets new video

Watch for the Spelunky composer's soundtrack

The video shows raw footage of the game being played through the opening stages. You can also hear the soundtrack by Spelunky composer Eirik Suhrke.

The idea in Downwell is to help a young boy descend a dangerous well to find treasures. And each trip down will be different as it's all randomly generated.

To defeat the tortoises, bats, and other creatures in the way you can shoot them with your gun boots or stomp on them.

Along the way you'll find small rooms to the sides of the well that may contain more red gems or an upgrade. One of the upgrades shown in the video gives the gun boots a burst fire attack. 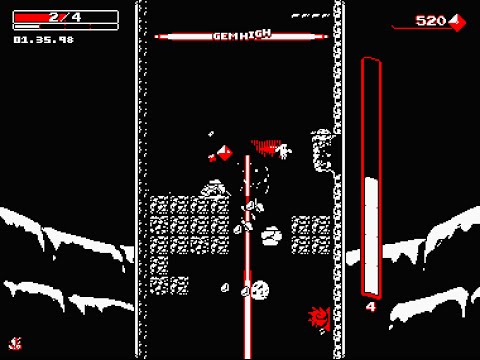 Sometimes those rooms may, instead, be a shop. In which case you can spend your gems on upgrades and items like you would in Spelunky.

Upon falling to the bottom of each stage you get the chance to level up and pick one of three upgrades for the boy and his boots.

We'll let you know when Downwell comes out as soon as we get a date. It should be before the year is out.