It's a wonderful board

iOS + Android
| Disney Magical Dice
Update on April 15 at 09:36: After a really short soft launch period, Disney Magical Dice is now out worldwide on iOS and should pop up on Android during the day. When I say "mix" I mean play Monopoly as Disney Magical Dice follows basically the same rules. You'll go through different boards, acquire buildings and try to come out on top.

It will feature both a PvE and PvP mode and will be free to play.It features characters from Frozen, Snow White, Captain Hook, Maleficent and more. 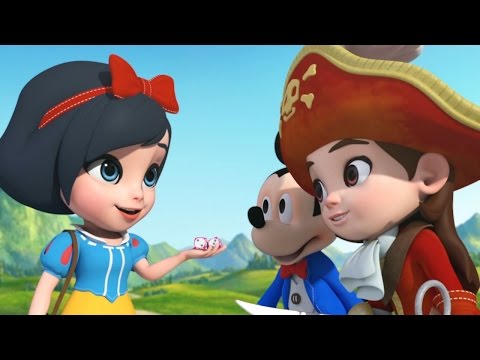 Disney's been on a roll lately with their latest collaboration applying Crossy Road's gameplay to its universe with great success.

You can pre-register for it on its official website or on Google Play to get some rewards.

It should be coming out soon, we'll let you know when it's live.