If I'm being honest, I'm pretty open to the idea of a random reward. Those small capsule toys you find in a shopping centre? I'll buy a few of those, given they're Pokémon or Mario themed or, y'know, something else which isn't Minions.

I'm happy to throw away a couple of quid every now and then and cross my fingers for something nice. Heck, I wouldn't blink twice at buying a friend a drink, even though in most bars and pubs that's going to be £3 minimum, and up to £6 depending on where you go.

So if a capsule machine proposes I get a small Pokéfigure for £2, I'll be like: "Sure, I'll bite. Why not." 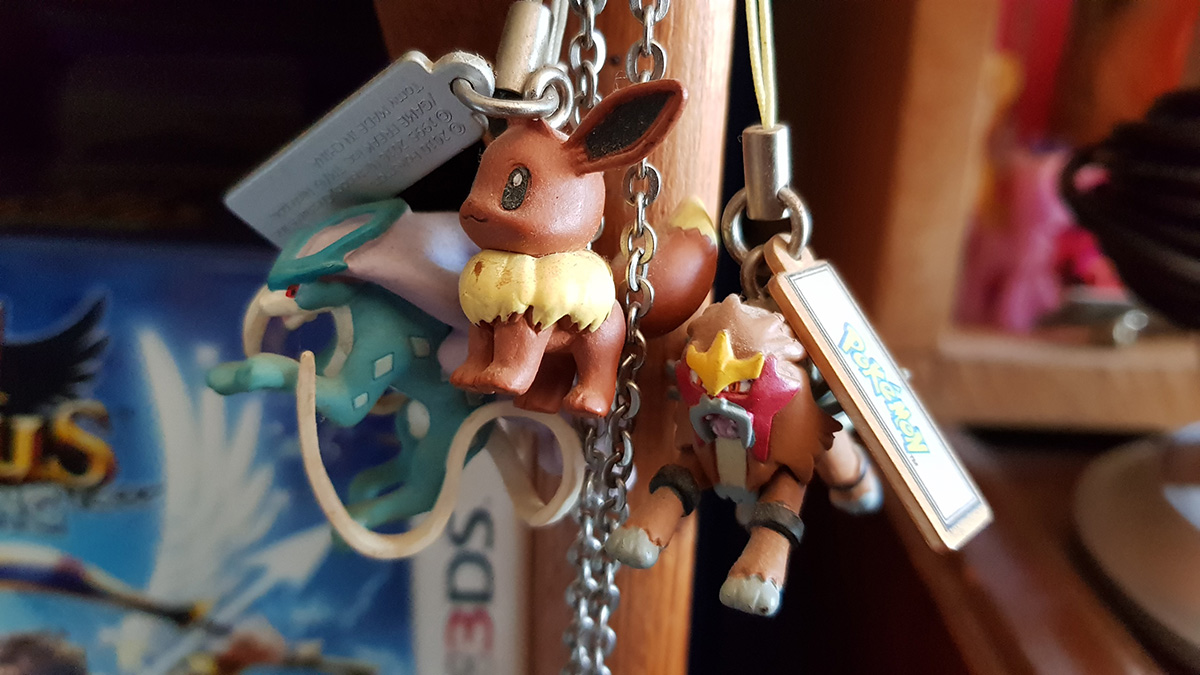 I'm yet to regret a capsule toy purchase, and have a few dotted around my room. I don't make it a habit, and haven't gone near one in months, but should I have some spare change and I see a new machine pop up featuring something I like, I'll be more than tempted to dip into my wallet.

So with that in mind, I actually think lootboxes are kind of cool, in theory. I spend hours a week playing video games, and if I'm not spending that change on drinks or capsule toys, buying a costume or a skin is fine by me.

But as it stands, I've not bought a single lootbox in my gaming life, and I haven't seen a system that actually tempts me to pay real money for a random in-game item. Given the controversy surrounding lootboxes, it seems I'm not alone - so what's the problem with lootboxes? 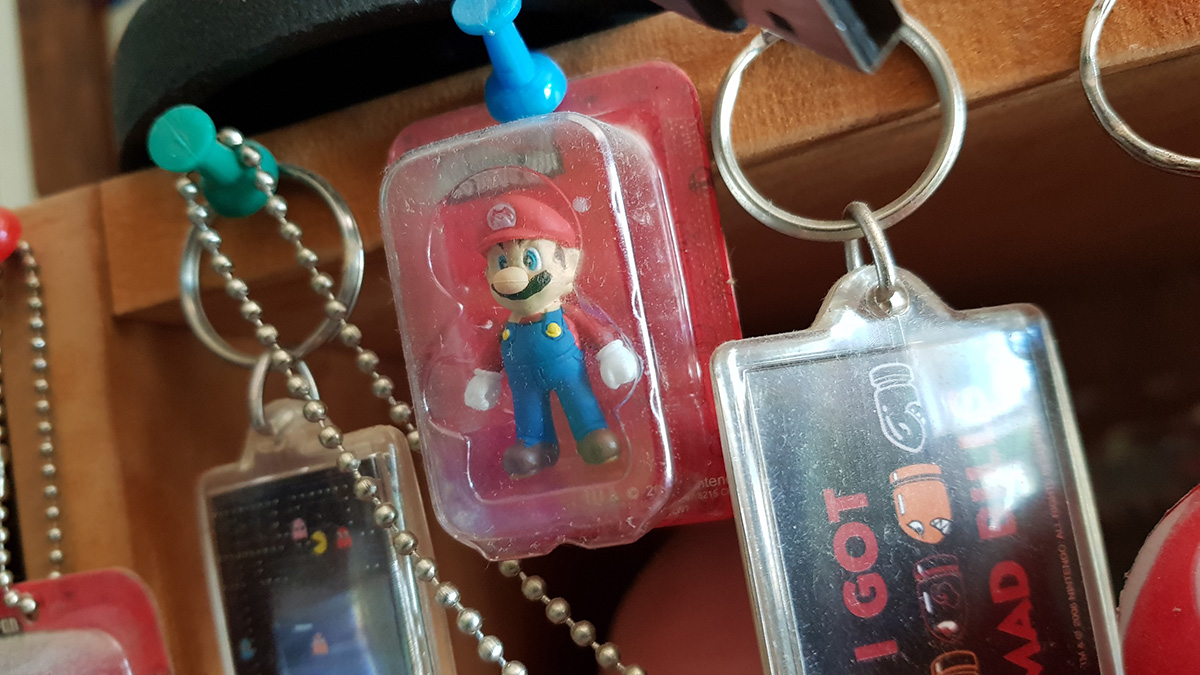 Right now there's several things that have propelled lootboxes into mainstream ire. The first is their appearance in full-priced retail video games, locking off content that players feel should've been available to them from the word go.

Console game Star Wars Battlefront II was easily the biggest culprit of this, which sent fans of the game into a frenzy over how they felt they'd essentially been robbed of the experience they saw being sold to them in trailers.

And it's hard to argue with them, considering they've already paid £45 or more, for what feels like a free-to-play shell of a game. One with a repeatable $99.99 microtransaction available, no less, and even that won't buy you even half of the content available in lootboxes.

Then there's peer pressure. Seeing fancy skins, costumes and characters on the battlefield will make players envious, and more likely to buy lootboxes. Lootboxes which guarantee nothing. You could buy lootbox after lootbox and receive items for characters you don't play, or weapons you won't touch, all in hopes of the one item you want.

The unrewarding and random nature of lootboxes only gets worse when you realise you very well might instead get a repeat item. Something you already had. Making your investment more than pointless - it becomes downright insulting.

AAA games might be the ones under scrutiny for now, but even the likes of Nintendo and DeNA have put lootboxes in their recent Animal Crossing: Pocket Camp on mobile, proving that they're just too lucrative to turn down.

Lootboxes are, then, an evolved version of DLC designed specifically to make players anxious and envious, triggering our compulsive nature and parting us with our cash before we're even aware of what's happening. It's easy to see why a number of EU countries are discussing lootboxes in their own Parliament, with Belgium officially outlawing lootboxes as gambling a few months ago.

So what kind of DLC practice can include lootboxes without feeling like they're stealing from players? Well, Disney Crossy Road has the right idea.

Disney Crossy Road sells you characters individually. Some can be unlocked through special conditions within the game, while others will be locked behind microtransactions. The ability to unlock many through effort alone is a good way to keep things feeling fair. 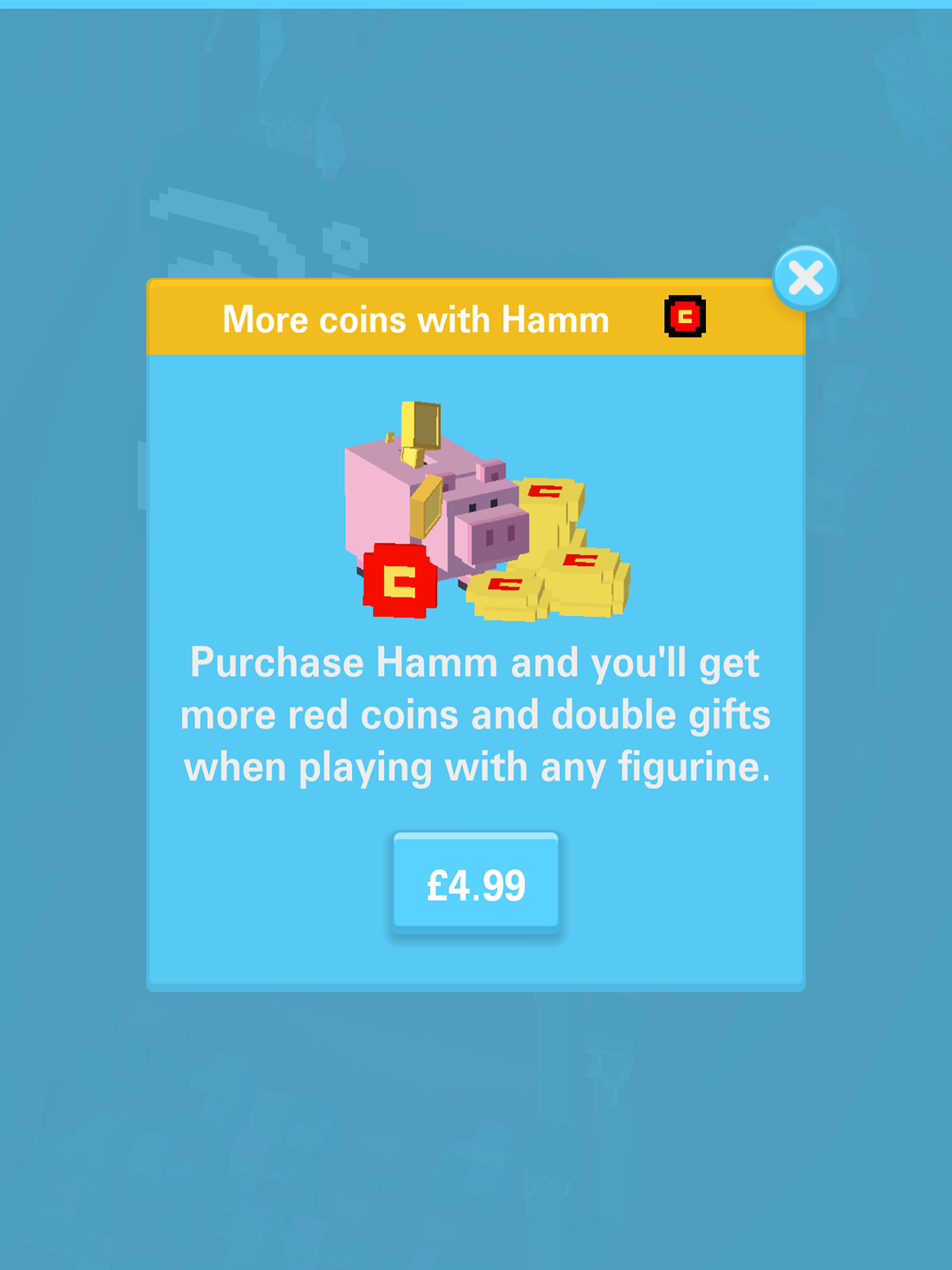 You can also receive characters through a lootbox-style random draw, where you exchange 100 in-game coins for a random character. Not all characters are available here, but you'll always get someone new to play with as long as you have the in-game cash.

And then there's the character bundles, where you get a bunch of characters for a reduced price. Here, if you want, you can just grab every character from your favourite set all at once, saving you some money purchasing separately and letting you know exactly what you're getting in advance.

It's a much more upfront way of handling microtransactions, but still has elements that make you want to keep playing and collecting, without feeling overly malicious in any way. It's a good system. But it's not perfect. 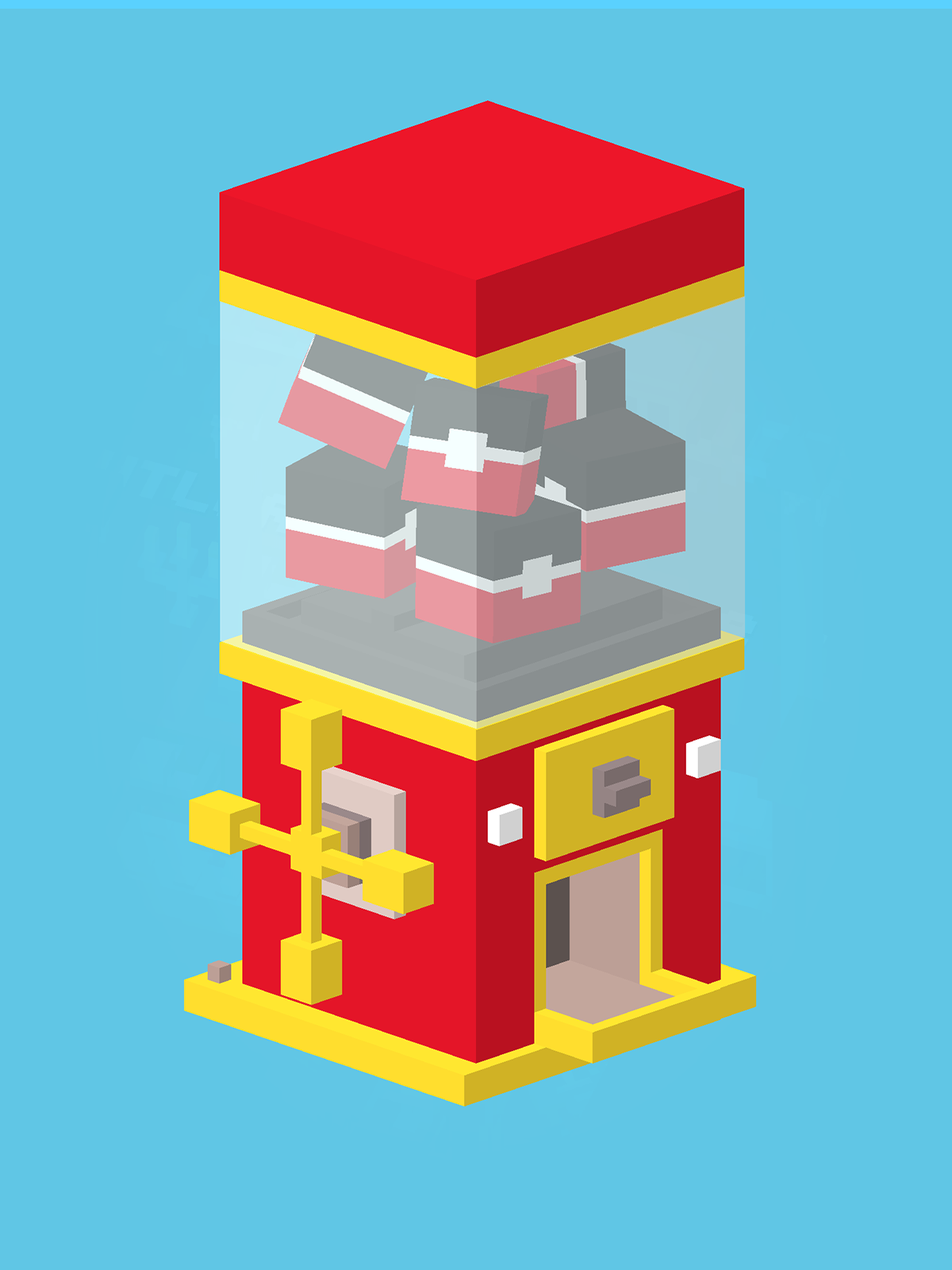 I have a vision. That vision is for the perfect lootbox. I've already shared my position on this: I honestly don't feel that hesitant to invest a few pound into a game I regularly enjoy, even if I've already paid for it. But it has to be worth my while. The game has to guarantee that.

As things stand, I'm not comfortable, and haven't spent a penny on random in game items since I bought a Team Fortress 2 crate key years ago and frankly just felt disappointed.

I need three guarantees from lootboxes. If you want to take away my freedom of choice when it comes to buying content for my game, then you need to make me feel comfortable with it. AAA publishers and mobile game devs alike, take note if you want my money: 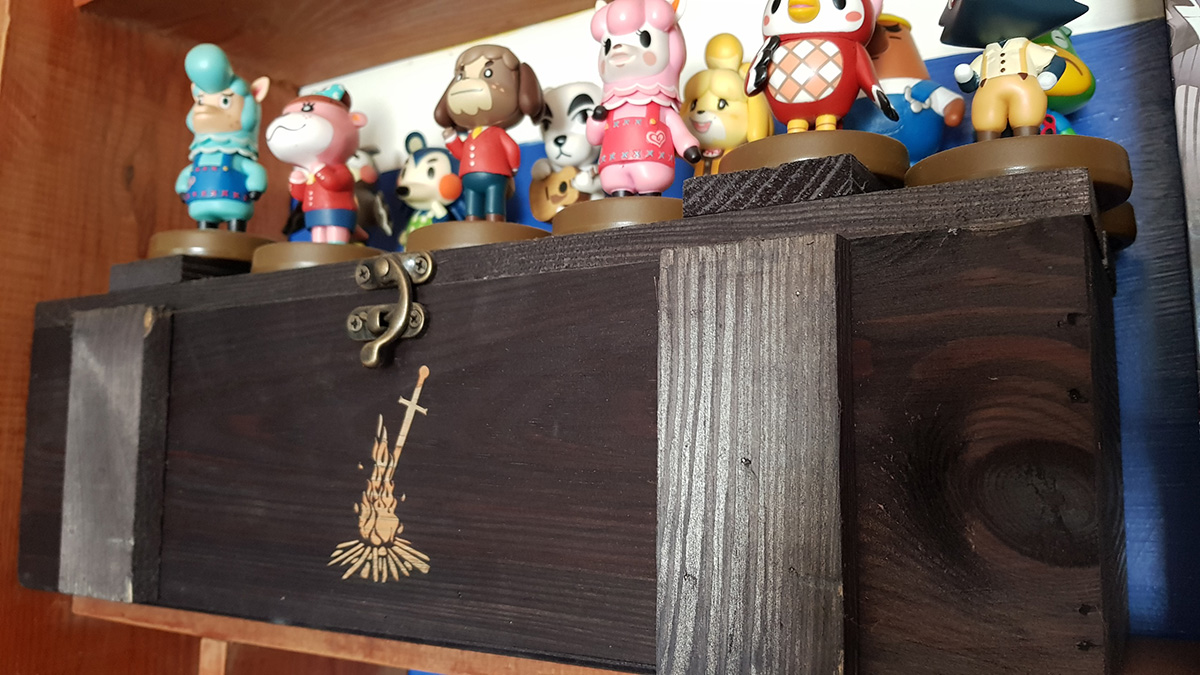 1. Everything is available separately

This doesn't need any clarification, does it? If I buy a lootbox, I want to know exactly what could be inside, by giving me an actual shop where I can buy things separately if I wish.

Sure, whack the rarity up on the nicer things, I won't argue, but I need to know I can step outside of the lootbox menu and get what I want instantly if I want.

2. Never duplicates Another straightforward one. Duplicates in many mobile games with random lootbox or chest systems are there to stretch things out. Getting duplicate characters often mean the character will get a boost of some kind - or worse, will require 50 duplicates for a boost.

It's the easy way to stretch things out and make lootboxes seem incredibly unrewarding. Especially if you get a rare skin or costume you want, straight after getting the same skin. That'd be just my luck, really, and the occasional whimpers I see from Overwatch fans on Twitter make me think I shouldn't get involved. 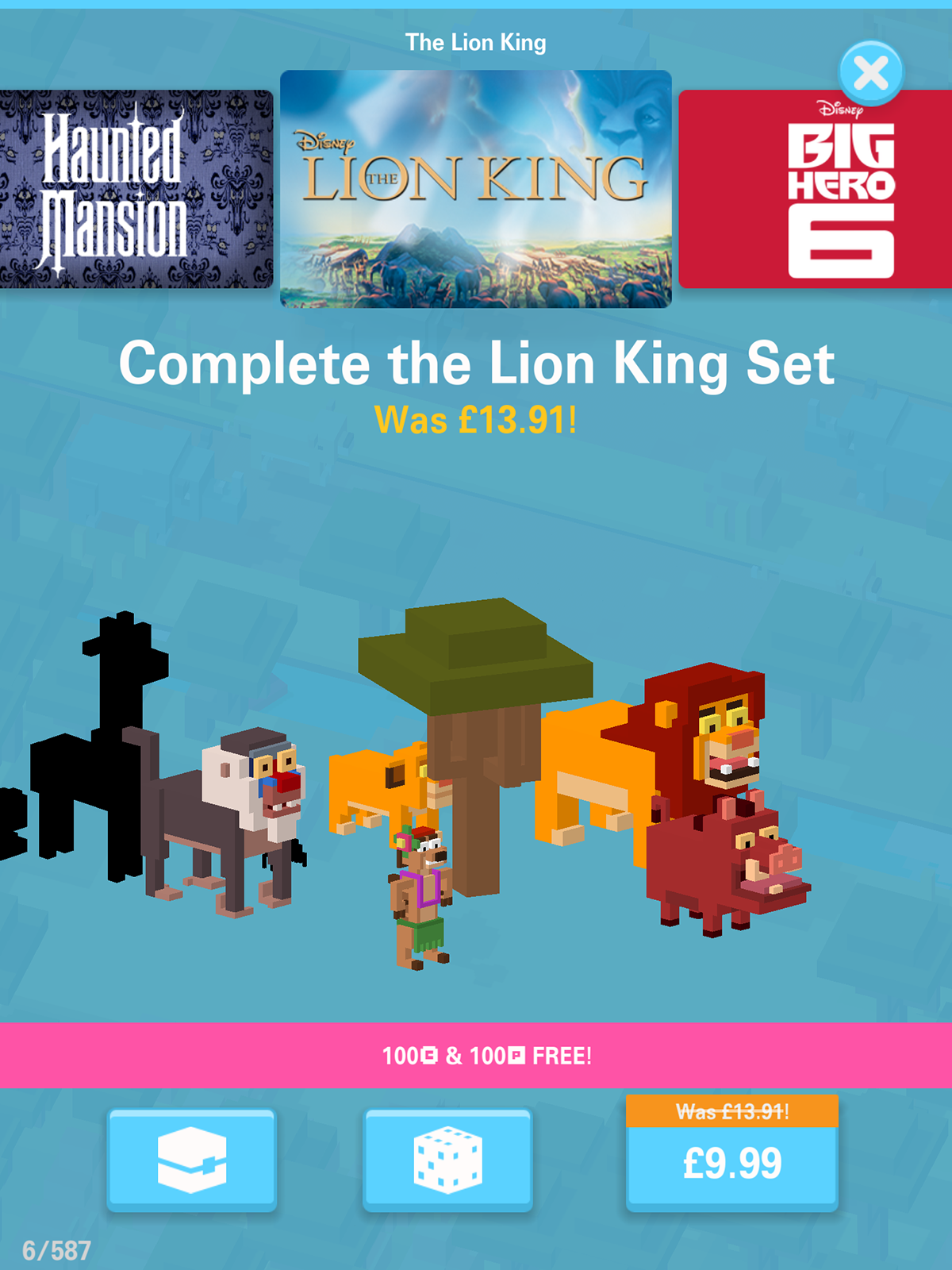 If you could buy everything separately, what would be the point in lootboxes then? Simple. Value, for loss of choice. Street Fighter V is my example, because it's one of the very few games in the world where I feel comfortable buying a costume for £3.50.

However there's many I don't own. They're for characters I use less, or I don't like them as much. But that doesn't mean I don't want them - they're just not quite worth it as they are.

Now, if I could receive a random SFV costume from the store for a reduced price - say, £2? - which I don't already own, I'm sure I would've already spent much more money on the game, frankly. I'm already tempted to buy a costume or two, but the price and how often I'd use them put me off.

With a bit more value, those concerns would be pushed to the side, and I'd be that much more willing to put my own money down for small cosmetic items.

Yes, sure, players intending to buy all the costumes could use this method to simply buy them all at a reduced price, but that is, in essence, like a season pass, right? A reduced price for bulk buying content? Sounds fair to me. And if it helps players feel like they're saving money and cheating the system, isn't that yet another positive? 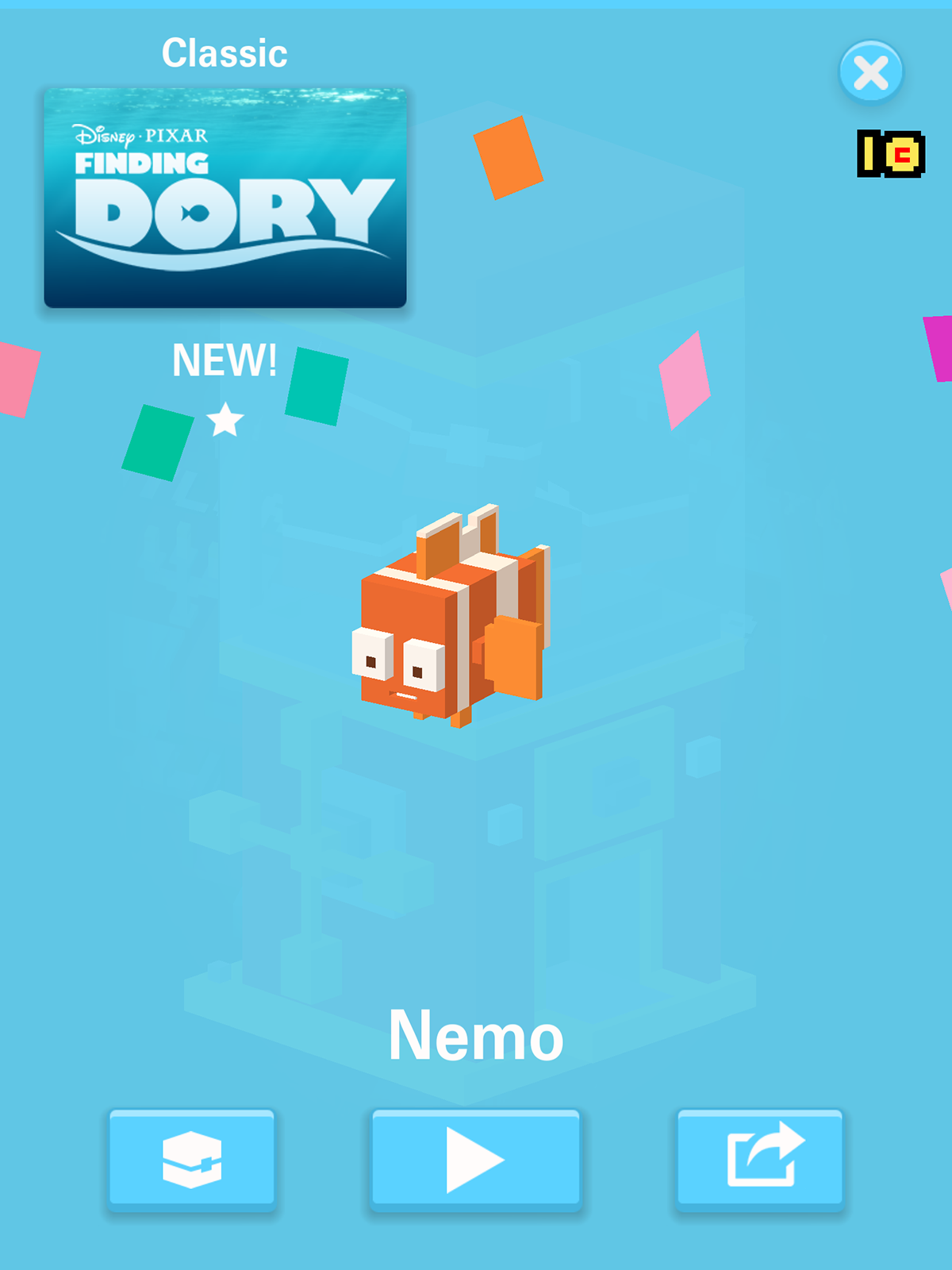 It's still a pretty complicated area, and it seems like with AAA games at least, publishers have been scared away from lootboxes by the controversy that has swirled around Star Wars Battlefront II and other games.

Mobile games, though? Their free-to-play nature means their microtransactions aren't going anywhere fast, but hopefully they can become even fairer to players and more enticing, so they can avoid another ludicrous lootbox lark in the future.

0/3
Next Up :
Omega Strikers Asher best builds and tips