Desta: The Memories Between is an upcoming Netflix exclusive from the makers of Monument Valley, coming later this year

ustwo games has officially announced Desta: The Memories Between, the studio's upcoming title made in partnership with Netflix. Available later this year exclusively for Netflix subscribers on mobile, the game will also follow a PC and console release at a later date, letting players engage in strategic turn-based action across a dreamlike environment.

Desta: The Memories Between lets players experience themes of introspection and self-reflection as they follow the tale of Desta, the main protagonist who has to struggle with a mysterious dream world every night. Players have to decipher vague memories as they throw glowing balls and uncover more of their own past.

“All the characters you meet in the game helped Desta become who they are – there’s a lot about loss and finding yourself, which are themes that I’m sure we can all relate to. We hope players enjoy exploring Desta’s dream worlds, and the reawakening that follows,” says ustwo games Chief Creative Officer, Danny Gray. 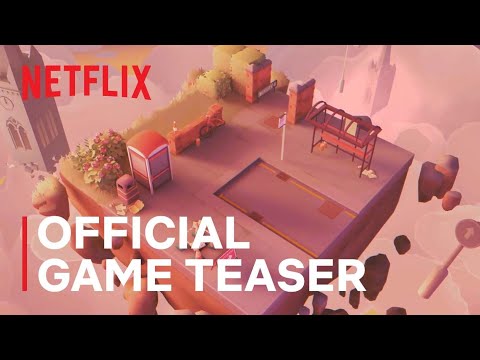 The game is inspired by titles such as Hades, Into the Breach and Inception. If you're eager to give it a go, you can find out more about Desta: The Memories Between on the game's official Steam page. It will soon be available on the iOS App Store and on the Google Play Store for Android devices for Netflix subscribers.

You can also join the community of followers on the official Twitter page to stay updated on all the latest developments, visit the official website for more info, or have a look at the embedded clip above to know more about the game's visuals, gameplay and mechanics.

Are you on the lookout for more similar titles that will put your skills to the test on your mobile device? Why not take a gander at our list of the top 25 best action games for iPhone and iPad (iOS)?

Next Up :
Shadow and Bone: Destinies is an upcoming mobile game based on the Netflix series exclusive to subscribers