You explore randomly generated dungeons, defeating enemies and levelling-up. Your goal here is to survive long enough to steal loot that you use to upgrade your kingdom. That lets you gain access to more classes, races, and more powerful items.

Play sessions in Desktop Dungeons typically last about ten minutes. Its condensed puzzle-y dungeon-crawling is ideal for mobile gaming, then. Yet, it's not available on iOS or Android. But it soon will be.

I decided to pester Danny Day of QCF Design to find out when Desktop Dungeons might grace our mobiles and tablets.

Unfortunately, he was unable to give a release date for a mobile incarnation of the game. At the moment, QCF is busy with paperwork and optimising the game, you see. 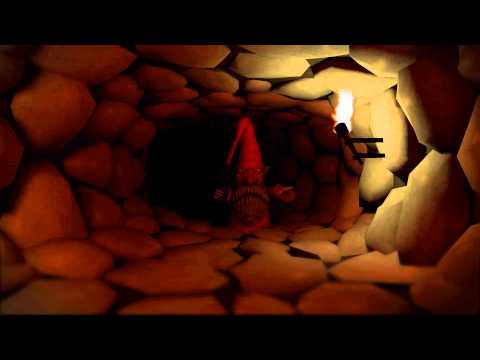 If you do want some indication of when to expect it on mobile, though, you can check out the game's official website. You'll see that there are bars for the iOS and Android ports representing how far along their development is (about 50 percent right now).

Not wasting the opportunity, I also asked Day if and how the mobile version of Desktop Dungeons might differ from the PC version.

Core to the core

"We're not changing the core of the game at all - it'll still be Desktop Dungeons. In fact, your save games from the various PC / Mac / Linux / web versions already sync seamlessly from our cloud saving system, so no redoing things unless you really want to."

"We're working on making the interface better for mobile and cleaning up some things like the enemy selection mechanics and the altar menus. We're hoping we don't have to tweak the tutorials too much, though!"

That's a relief. It'll still be the Desktop Dungeons that many PC players can't stop playing, then. Definitely worth looking forward to if you enjoy roguelikes.