You may know Justin Smith for his silly games with purposely awkward controls, like Enviro-bear 2010 and No Brakes Valet.

His latest is Desert Golfing and it's rather, let's say, drab. It's a 2D arcade game in which you just flick a golf ball into the holes. Nothing more.

There are no surprises to be found here. Even the look of the game is quite boring, mostly being a dull tawny colour to represent the desert.

So, what's this all about?

That's quite a subversive action to take. Particularly when releasing a game like this onto the App Store means it will fade into a practical non-existence due to the thousands of bland games already on there. 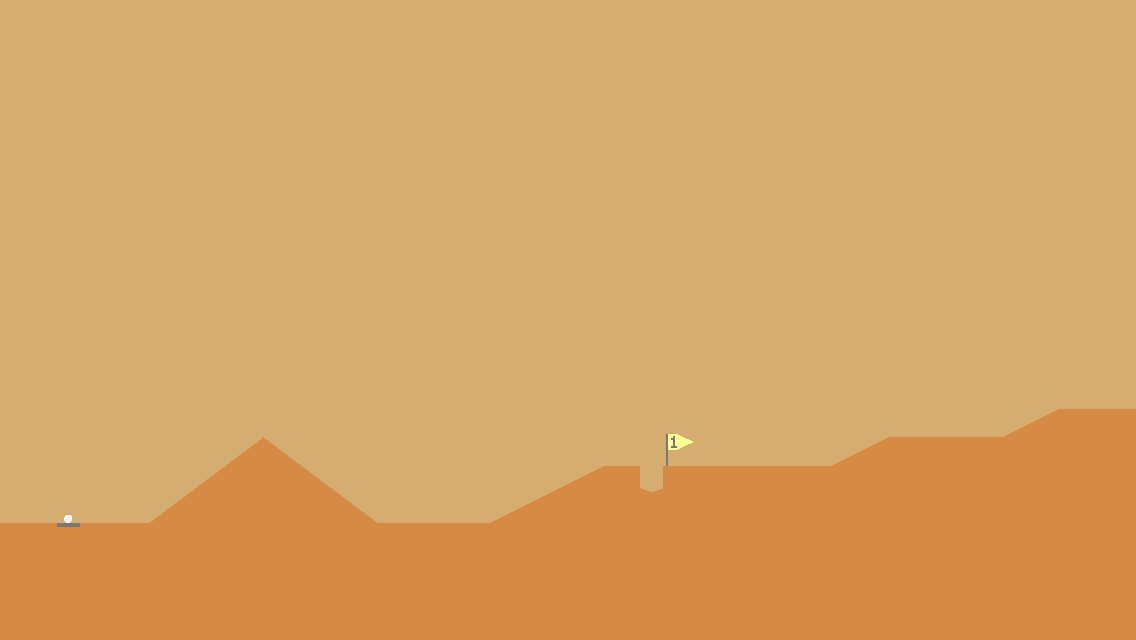 Achieving this "sameness" is a constant worry for most mobile game creators - it's something they battle against.

The reason for that being the advice that often gets passed around in circles of people looking to find success on the App Store is to "stand out".

It relies on a logic that teaches the idea that making a game jump out at people will have more chance of being played and shared around. That would seem to make sense.

Whether true or not, it's this idea that Smith negates, both in his conversation with me, and with Desert Golfing.

"I'm not trying to stand out on the App Store. Standing out is no longer a path to success," he tells me.

That seems like an odd statement coming from the creator of reasonably successful games such as Enviro-bear 2010, which currently has 1677 ratings on the App Store.

Smith does have an explanation for his about turn in the kinds of games he's making, mind.

"Even though the App Store has become a swirling gyre of garbage, it's starting to feel comfortable and familiar," he says.

"There's a sense of freedom to dive in and be a part of the gyre, rather than worry about striving to an ever more unattainable individuality."

It seems, then, that Smith has found a lost pleasure in accepting the difficulties, and perhaps the futility, of making a game that stands out.

This has allowed him to make a game with a rare purity. It's just you, a golf ball, and the simple gesture of flicking it into a hole.

While it's far from exciting, Desert Golfing asks us to appreciate a game that exists only for its simple playfulness.

It's the opposite of what has become the norm: games that are made entirely to catch our attention so we spend money on them. There's something endearing about that.

Desert Golfing might then act as a reminder of what attracted us towards games in the first place. It probably wasn't in-app notifications, free to play models, or games marketed "with a twist".

So, it also reminds us of what has faded amid the fight to the top of the App Store between game creators.

Desert Golfing isn't after our attention. It only wants to be played for the satisfying act of play itself.

You can purchase Desert Golfing on the App Store [buy] and Google Play [buy] for 69p / 99c.

Someone stitched together 10,000 holes in Desert Golfing and made a video