Delayed but not forgotten

After its temporary delay it was announced today that there's not long left to wait until Death Road to Canada releases on Nintendo Switch. Only until next week, in fact. 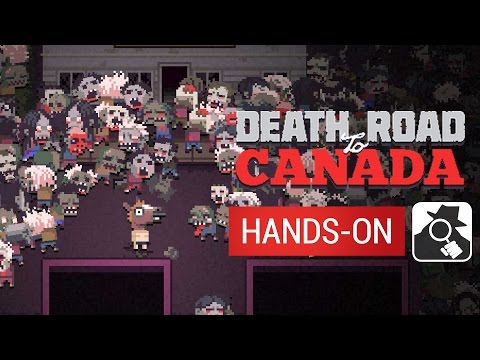 Subscribe to Pocket Gamer on
If you've had your head in a box somehow, Death Road to Canada is a road trip simulator where you're travelling across America to get to Canada with people, and occasionally dogs, you just can't stand. Oh, and there's the small factor of the raging zombie apocalypse going on around you that might make tensions a little higher.

Though it was supposed to launch a couple of weeks back, following the dreadful Toronto attack Ukiyo Publishing and Rocketcat Games decided to push the release on a little.

We've gotten our hands on the game before, considering it's already out on mobile and PC, but the Switch version will be bringing an eagerly-awaited multiplayer mode. That means you can be mad at NPCs in-game and mad at your friend in real life. Yay friendship!

Death Road to Canada comes to Ninty Switch on May 8th.