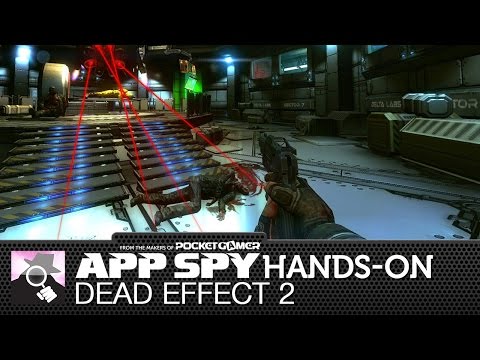 Dead Effect 2 has been delayed once again. But not for long.

Now, however, developer Badfly Interactive has announced that, in an effort to get it out on iOS and Android at the same time, it'll be another week.

Yep, it should hopefully come out next Thursday, October 29th. Just in time for Halloween, I guess.

Dead Effect 2 is the sequel to the Bronze Award-winning Dead Effect. I know, who would have guessed?

It's a first-person shooter in which you're faced with blasting and slicing up zombies and cyborgs on a space ship. Oh, and there's blood. Loads of it.

#PGCHelsinki: Dead Effect 2 is the runner-up at the Very Big Indie Pitch

Dead Effect 2 is gory, violent, and set in a future where space cannibals exist