DC Heroes & Villains has soft-launched on Android in the Philippines

DC Heroes & Villains is an upcoming superhero puzzle RPG that is now available in early access in the Philippines on Android.

DC Heroes & Villains is a new superhero action puzzler where your aim is to collect superheroes with superpowers and assemble them before starting a battle. You can train legendary DC icons like Batman, Superman, Wonder Woman, Lex Luther, and Harley Quinn. In your team, you can include superheroes or supervillains, or both. The main objective is to wipe out your enemies and survive. You will get many rewards in limited-time events.

There will be various types of battles, and there are over 35 DC heroes for every kind of fight. You can regain powers and unlock multiple abilities. There are over 152 missions and match tiles where you will create combo chains to initiate Synergy, Melee, and Ranged Power moves from your team.

You can also check out the official teaser for DC Heroes & Villains below. 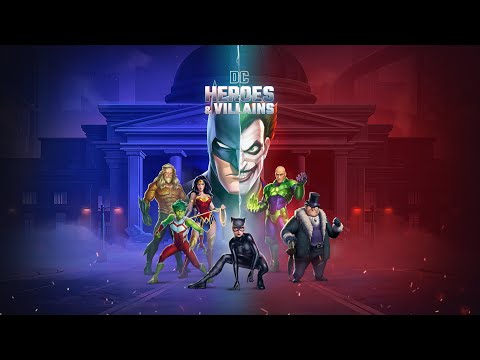 DC Heroes & Villains is now in the early access

DC Heroes & Villains has just been soft-launched on Android in the Philippines. It's available to download from Google Play. In other regions, it's available for pre-registration. Anyone who pre-registers will receive Catwoman training gear as a reward when it launches globally.

DC Heroes & Villains is scheduled to release globally on Android and iOS next year. Though an exact launch date is yet to be announced, we will keep you updated as and when more news arrives. Meanwhile, you can check out the game's official website and Twitter handle for more details.

Also, check out our list of the Top 25 best text-based games for Android phones and tablets.
Next Up :
Torchlight: Infinite is now taking sign-ups for its upcoming closed beta