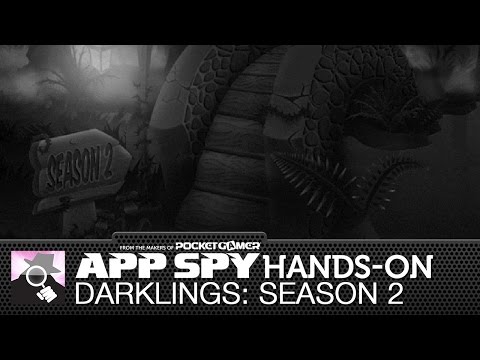 We really liked Darklings. We called it a "fun and clever action game," that "shows how much can be accomplished with a touchscreen control system", before slapping a shiny Silver Award on its lapel.

So we're suitably excited for Darklings Season 2 which is coming out soonish. And Peter's had a hands-on play with the sequel, as you can see in the video above.

As before the game is about fending off waves of impish bad guys by drawing the symbol that's jutting out of their bonce. It's all about juggling the different foes, responding to danger, and doodling squiggles on your iPad.

While the first game cycled through the same environments over and over, this sequel has a more structured approach.

"We wanted to extend the Darklings, to create a more persistent world, with new environments and creature families as you progress," explains MildMania co-founder Burkay Ozdemir. 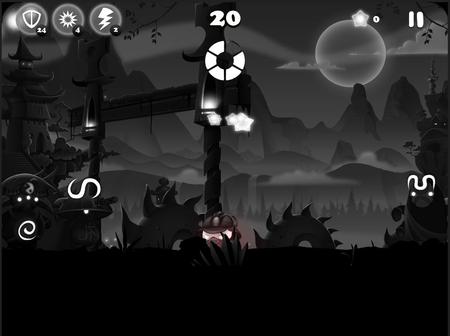 So there's now a world map, where you can capture territory. And you can level up your hero as you played. There are also new enemies and enemy types (including flying and teleporting foes), boss fights, and more stuff in the shop.

"We have also introduced an online team battle system, whereby players select a side and join the battle, and the winners will recieve weekly and monthly special items" says Ozdemir.

The game is tough, and sometimes the drawing tech doesn't register as you'll see in Peter's hands-on video, above. This is especially noticeable in the fast-paced and frantic boss fights.

Of course, there's a shop filled with stuff to help you out. You can buy special power ups, companions that help you out, and bits of garb that boost your stats. And you can pay to revive upon death. There's an energy system, too. 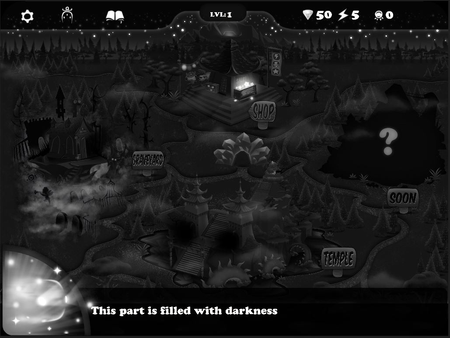 The best bit, like in the first game, is the creepy Limbo-like black and white art style and the minimalist design for the characters. And Ozdemir says it took a long time to get that right.

"We wanted to create something simple and fluid. Simplicity might seem easy to most illustrators but you need to work harder to make that simple art unique and special. We worked around six to seven months on sketches, storyboards, design discussions to finalise the character designs and polish them."

You'll see for yourself later this year. MildMania plans to launch the game before 2014 is out, as a free to play game on iOS and Android.

Out now: Darklings Season 2 turns up the pressure on your symbol-drawing skills