Developer Jesse Ringrose released the minimalist horror game Dark Echo earlier this year, but his next game is a humorous stealth game inspired by Surgeon Simulator, Octo-Dad, and Enviro-Bear.

You're a hungry Sasquatch whose foods been stolen, so now you need to sneak through camp sites and more outlandish areas to gather food.

Sasquatches are known for being hard to find, so you'll need to sneak and walk among humans in disguise to satisfy your cravings.

Wearing disguises and hiding under covers or behind bushes are just a few of the ways you can avert suspicion.

When you're not skulking around, you'll be driving around in your car, cooking food on the engine block, and even getting into high-speed police chases. 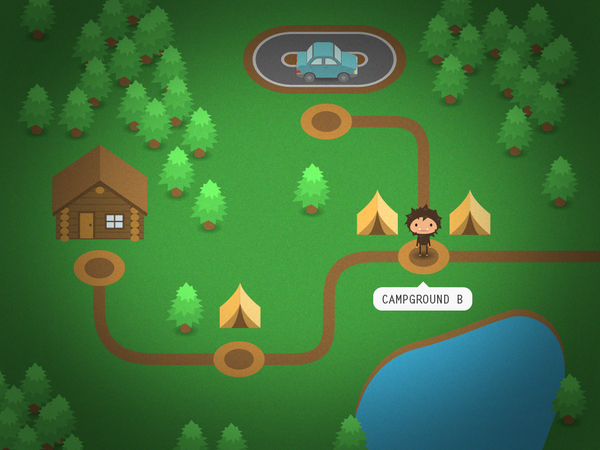 You'll be able to enjoy some bigfoot stealth on iOS and Android when the game releases either later this year or early 2016. You can find more details on the developer's Twitter page.

Dark Echo is a frightening sound-based journey through the dark, out on iOS