TGS 2015: Danganronpa 3 has been announced for PS Vita and PS4

Monokuma's got some new friends 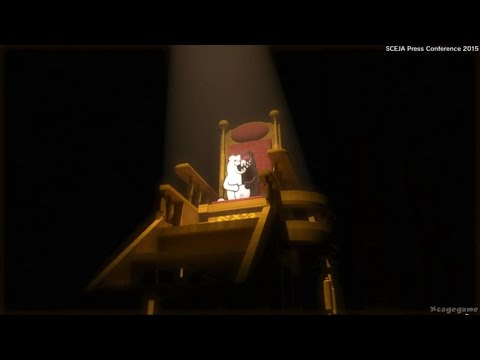 Hope you're ready for more Monokuma as Spike Chunsoft has announced Danganronpa 3 for PS4 and PS Vita at the SCEJA Press Conference 2015.

All we know about it can be seen in the trailer above (ripped from the livestream).

It looks like it'll return to the series' roots as a visual novel in which students are trapped inside a school and told to murder each other to escape.

It also looks like Monokuma has a bunch of sadistic teddy bear friends this time. You can see them all sitting in a circle in a court.

The last game in the series was a spin-off title called Danganronpa Another Episode: Ultra Despair Girls. It wasn't received as well as the visual novels so Danganronpa 3 should hopefully see the series back on form.