Crush the Castle: Legacy Collection, a remastered bundle of the classic physics-based series, is coming to mobile and PC on March 1st

Armor Games Studios has announced the upcoming launch of Crush the Castle: Legacy Collection on both iOS and Android devices (and on Steam) this March 1st. The classic 2D puzzler lets players engage in physics-based conundrums in order to destroy big baddies and turn castles to rubble.

Crush the Castle: Legacy Collection tasks players with rescuing hostages in a revamped bundle of the Crush the Castle web game series. Players have to come up with the most efficient strategies on how to maximise their catapult's power to topple lofty structures. Each level gets progressively more difficult with more physics-based headscratchers for players to take on. Castles get more complicated as well, plus more weapons and skills are unlocked as the game progresses. 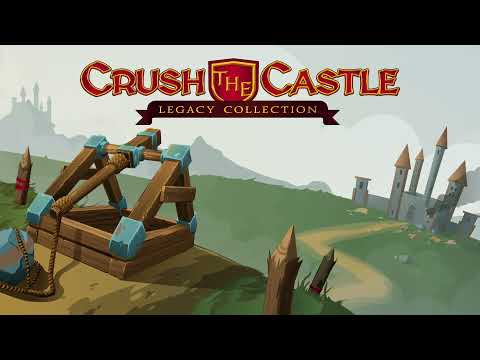 “Crush the Castle has been an incredible part of our history in Flash games, and we’re proud to bring the remastered titles to long-time fans who played the originals and the newcomers launching their trebuchets for the first time," says Armor Games CEO John Cooney.

Are you on the hunt for more physics-based titles on your mobile device that will put your skills to the test? Why not take a gander at our list of the top 15 best physics games for iPhone and iPad (iOS)?

Next Up :
Ragnarok: The Lost Memories lets players experience the OG game in a different way through card-based battles, out now on iOS and Android