Crash and Coco team up for a nostalgia-fuelled runner

King has reached out to confirm that today's launch of Crash Bandicoot Mobile is a small-scale playtest open to select users in Malaysia. Specific dates for further regions are set to follow.

Back in early February, the existence of a new Crash Bandicoot mobile game was leaked on Twitter. Hailing from King, this one's an action-packed runner that takes the running sections of Naughty Dog's classic platformer series and makes them the focus. The big news today is that Crash Bandicoot Mobile has now soft-launched for Android.

It's said to be a "new kind of Crash adventure" that sees Crash and sister Coco teaming up to take down the nefarious Dr Neo Cortex and halt his plans to destroy the multiverse itself. 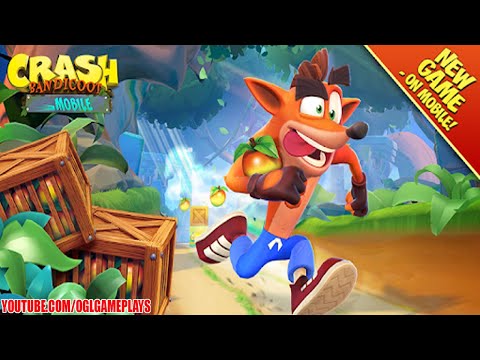 The basic gameplay sees you running, spinning, and sliding your way through Wumpa Island, bashing Cortex's henchmen back to their own dimensions as you go. You can expect to meet plenty of infamous enemies and bosses as you progress, including Dingodile, Scorporilla, Mutagen Ant, and Nitrus Brio.

Likewise, many of the levels here will be instantly familiar to fans of the series, with Turtle Woods, Lost City, and Temple Ruins all making an appearance. They're seemingly not all linear, offering alternate paths to explore.

There's also a building component to all of this, with specific building types allowing you to create weapons and items such as bombs, rayguns, serums, and more. By collecting ingredients and parts, you'll be able to upgrade Coco's base of operations, which could be an interesting addition to what looks like a fairly straightforward runner.

King's effort isn't the only Crash Bandicoot game we've seen arrive on mobile, with Activision's earlier Crash Bandicoot Nitro Kart 3D being one of the most downloaded paid apps back in the day.

Searching for more top-tier runners? Here are 25 of our favourites
Next Up :
One Hand Clapping, a unique game that makes you solve puzzles by singing and humming, is launching next month on Android and iOS