Crab War has a new update out now for iOS and Android, bringing with it a whole host of festive updates to welcome in the Christmas holiday.

The new update adds the ability to collect snowflakes from Snow Butterflies, and will act as a new currency during the event where you can exchange them for precious pearls, gems, conches, and genes to power up your swarm for the next major battle.

The update also adds some new holiday flavoured crabs with their own special properties. The Gingerbread Crab is a new exclusive shell coming in these latest celebrations, where you can obtain it for free by collecting snowflakes during the event. Also joining the fray is Santa’s Helper Crab, which shines in the iconic emerald green and Santa red associated with holidays, and the shell even bears a striking resemblance to the Christmas Elves of our world. 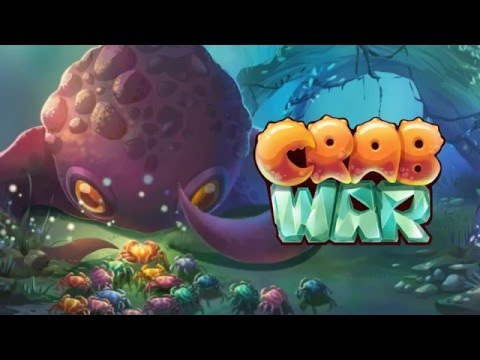 During the season, you will also receive a powerful boost from the Christmas Super Bundle, which is a heavy bag of goodies which contain a large helping of pearls, gems, conches and genes at a reduced price, so you ought to get on that now while the offer still lasts.

Crab War is an idle evolution game where you evolve crabs infused with the special powers of crystals to take their revenge on an invading horde of giant reptiles which have driven them from their home.

If it sounds up your alley, you can download it now from the iOS App Store or Google Play for Android. It’s a free to play title with in-app purchases.

Do you enjoy playing board games with your family? If you're looking for a new one to thrash Nan at this Christmas, be sure to check out Jupiter's list detailing some of the best ones to check out.
Next Up :
Fortnite v21.20 update brings New Indiana Jones skin set, Charge SMG, and more

A close look beneath the sea with new release Crab Wars