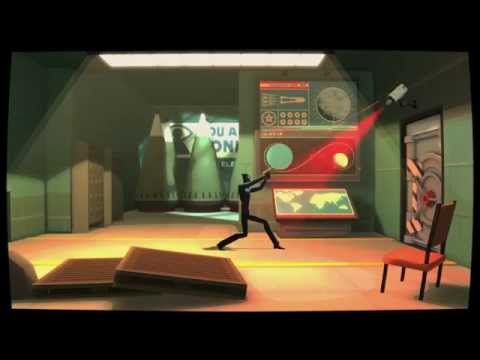 Dynamighty has announced that its cel-shaded action stealth game CounterSpy will be available on Vita in late August.

We even have exact dates - it's due to arrive on August 19th in America, and August 20th in Europe.

CounterSpy will also support cross-buy and cross-save, too. Meaning that if you purchase it for either PS3, PS4, or Vita, you'll get it for the other two platforms at no extra cost. You can also trade save games between the three platforms.

If you need a reminder, CounterSpy is a side-scrolling 3D stealth game set during an alternative Cold War. Your goal is to prevent a nuclear war between the world's super powers.

As a long-limbed spy, you sneak through bases, hack terminals, and engage in cover-to-cover shooting against enemy agents.

We previously did some aural spying ourselves, discovering that CounterSpy might be coming to mobiles and tablets after it hits PlayStation platforms.
EU PlayStation Blog