Since its original release back in 2015, the Construction Simulator series is one that continues to let construction enthusiasts put pedal to the metal in a bid to build their very own vehicle fleet of fully licensed construction machines. With every new game you can expect new licenses, new features, and new vehicles, as well as a fresh location in which you manage your building empire. The same is true for upcoming sequel Construction Simulator 3, and we recently caught up with astragon Entertainment to find out how. 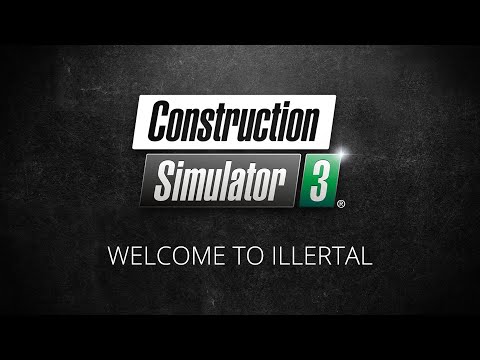 One of the standout new features discussed includes a cockpit view. This will offer players an entirely fresh perspective on what it means to control vehicles from the likes of Caterpillar, ATLAS and other well-known brands by putting players fully in the seat of their favourite construction machines.

Also notable is Construction Simulator 3’s new colourful European setting, which has been faithfully crafted using full 3D graphics. If you’ve already conquered the American construction industry in the previous game, why not try your luck across the pond?

What new features can fans expect to see in Construction Simulator 3 and how do they work?

In comparison to its predecessor, the biggest addition to Construction Simulator 3 will be the new cockpit view. Players will be able to choose a highly detailed view from the driver‘s cabin. This will put players as close as possible to the action on the construction site and allows for a level of immersion like never before on a mobile platform.
Furthermore, players can look forward to a new setting in Construction Simulator 3. You will be able to explore the three different districts of the idyllic European town Neustein, located at the Alpine foothills of Central Europe. The new setting obviously introduces new license partners, resulting in over 50 different construction machines by more than 12 world-famous brands that players can choose from.

What does the introduction of cockpit view bring to the series?

The cockpit view allows for a new take on the simulation part of the game. Players will now be able to not only experience the work on the construction site from the outside of their vehicles, but also take a seat in the driver´s cabin themselves. The design of the interior view is being taken care of with the same accuracy and attention to detail as the highly praised exterior view, fans got to love in the predecessors of the Construction Simulator series. Next to the raise of immersion, players can make use of the cockpit view to perfect their precision on their contracts due to the new close-to-action camera angles of the cockpit option.

Some of the biggest brands in the construction industry have lent their names to the series. Will we see any new branded machinery in CS3?

For the first time ever, Construction Simulator 3 offers access to licensed vehicles by world-famous brands WIRTGEN, VÖGELE, HAMM, Bobcat, BOMAG and CASE. Beside vehicles and machines like the MAN TGX Truck or the Liebherr 150 EC-B 8, players already loved in the predecessors, new machines like the Bobcat E55 Compact Excavator or Bobcat T590 Compact will also introduce gardening and landscaping to the series. Moreover, you will be able to take on bridge construction contracts with the Liebherr LB28 drilling rig for stable and deep foundations.

What features does the game's European setting offer that make it different from previous CS games?

Construction Simulator 3 allows you to explore a 3.2km² map, lovingly designed to resemble the idyllic Alpine foothills and play in three different districts within the Illertal region: Peckling am See, a village where you establish your company, a spacious industrial area and Neustein, a modern European town. Construction Simulator 3 offers a freely drivable open world, where you have the choice which mission to face next.

When will the game be available for pre-order and when will it be released?

Construction Simulator 3 will be available for pre-order on the App Store as well as pre-register on the Google Play Store starting today. The release is scheduled for April 10, 2019 on both platforms.

Construction Simulator 3 is announced to launch early next year