And various other improvements!

Clash of Clans was today updated with the April update that features a new unit, improvements to clan mechanics, and general gameplay and interface tweaks.

The new air unit is called the Air Sweeper, and is an expert at fending off those pesky flying enemies. 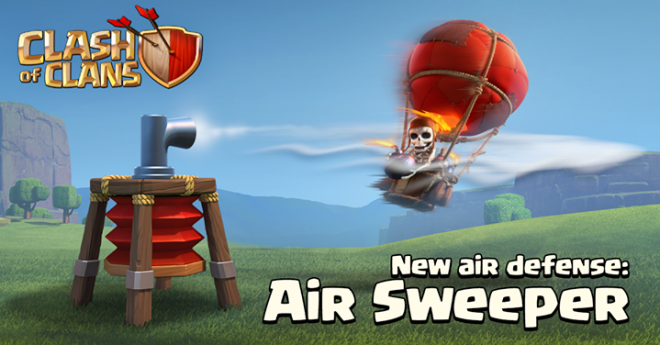 It doesn't deal damage but it does slow down air attacks and can push back large groups of flying enemies with blasts of air.

You can unlock it from the town hall at level six and upgrading it will improve its ability to push enemies away.

For a full list of changes in the Air Sweeper update, head on over to the official Clash of Clans forum.