Firstly, the game will be a timed-exclusive for iOS when it's released next week, on October 9th.

Secondly, we're told that the "VIP subscriptions" are not auto renewable. You purchase them once for, either, one month, six months, of 12 months.

"No surprises, no nasty stuff," Stolen Couch said.
These subscriptions are separate from the IAPs, which are still on offer for everyone else. The game will be free to download and play, otherwise.

If you're looking for an Animal Crossing-style game for mobile then be happy - next week you'll finally be served one. Yep, Castaway Paradise is coming out on October 9th.

Now, with lots of testing behind it, the Dutch studio is ready to launch the game worldwide. It isn't clear whether next week's release will be iOS only, or Android as well.

You'll be able to create your own character and join the colourful island village of anthropomorphic animals.

You can meet other characters, decorate your home and the island, and play mini-games. Special themed events are also held throughout the year. 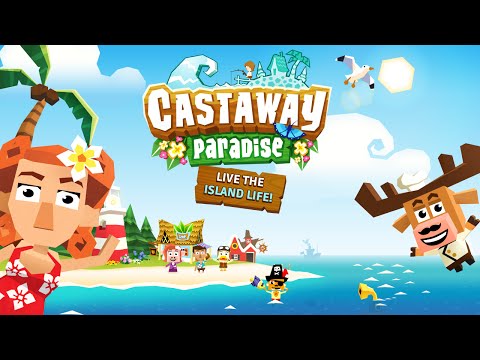 But here's where some of you might groan: Castaway Paradise is a free to play game.

"One in seven Nintendo 3DS owners has bought Animal Crossing for $40,” said Eric Diepeveen of Stolen Couch. "We are bringing a similar experience, but free of charge to iOS & Android."

Except, you know, there will be IAPs on offer. There's also mention of there being "subscription-based monetization".

This suggests you'll be able to sign-up for regular payments toward the game, like you would for an MMORPG. Hopefully we'll have more details about all this for you soon.

You can find out more information about Castaway Paradise on its official website.