Card Guardians is a deck-building roguelike card game, now out for Android

Developer Tapps Games have released their new RPG-based card-building game called the Card Guardians: Deck Building Roguelike Card Game for Android. The developers have designed so that the graphics resemble a cartoon called Teen Titans Go. Players in the game are nicknamed 'heroes' and have to fight enemies to restore peace to the kingdoms.

Card Guardian is a roguelike deck-building RPG where players build their decks, fight enemies, and collect new cards. Each move in the game is very crucial and can turn the tide in a battle.

In Card Guardians: Deck Building Roguelike Card Game, players explore a roguelike world called Valentia, where the Guardian (Citizens of Valentia) kept the peace for thousands of years until Chaos Day arrived. Now it's your time to wear the cap, be a hero, and restore peace in Valentia by taking out all the enemies. 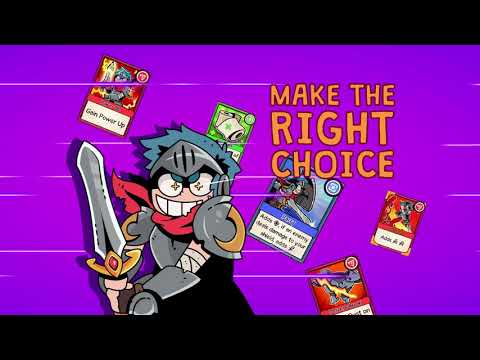 The developers have promised to add more heroes to the game in future updates, keeping it fresh and enjoyable for the long term. In the latest update, Oriana has just been added to the roster.

Players can download the Android version from Google Play where it is free-to-play. That means certain in-game items, features, and extras will cost real money. While purchasing extras will help you with the gameplay, it is optional, and players can instead choose to grind.

Interested players can join the game’s Discord server and Reddit community, where the developers have shared more info about the future updates and a few tips, tricks, and guides about the game. Players can also provide feedback as well as ask questions about the game.

If you are into casual RPG-based deck-building games you should give this game a try!