Match made in heaven

There aren't that many digital board game adaptations on the Switch, but earlier this month Asmodee Digital announced that it was bringing one of its biggest titles to Nintendo's home-handheld hybrid. That's right, Carcassonne is coming.

If you're unfamiliar with the game, it's all about laying down tiles to build roads and cities. You're playing against other people who are trying to do the same. Whoever creates the most impressive stretches of roads, buildings, and monasteries by the time the tiles have run out, wins.

It's a simple idea, but there's so much strategy here that it's easy to get sucked in. You can block other players, build out on your own, or try and steal their work from them at the last second. It's smart, it's engaging, and it's perfect for the whole family. 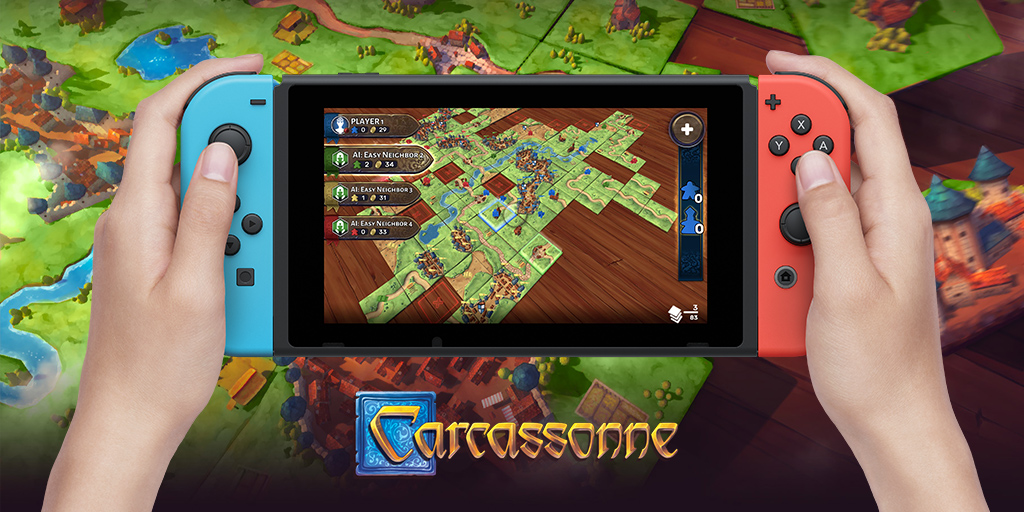 Which is why we think it's going to be absolutely perfect on the Switch. This is the sort of game that Nintendo might make itself, if it had an interest in ancient French castles and tiles. It's accessible, anyone can grasp the basics of it, but it grows and grows the more time you put into it.

The game is set to come out later in the year, and according to a press release it's going to be the first of many Asmodee titles making their way to Switch. It's fair to say that that's a statement we're very excited about here at TableTap.

If you're looking for more from Asmodee, then check out this interview over on our sister site PocketGamer.biz.