Captain Tsubasa: Dream Team teams up with the J.League for event missions, in-game campaigns and more

By Catherine Ng Dellosa
| May 10

In particular, the Captain Tsubasa: Dream Team x J.League collab will include a special login bonus until May 20th, which will reward players with Dreamballs, [SSR] Kazumasa Oda (Sapporo), [SSR] Hiroshi Jito (Fukuoka), Black Ball (SSR)s, Legendary Drills and so much more. Players simply have to log into the game during the designated event period to score all of these rewards for free.

On the other hand, the J.LEAGUE Daily Scenarios can be played three times a day for special in-game goodies upon clearing them until May 20th. Clearing J.LEAGUE Collab: Event Missions during the same period will also give away Black Balls (SSR)s, Tamotsu Ide, [SSR] Kazumasa Oda (Sapporo), [SSR] Hiroshi Jito (Fukuoka), Legendary Drills and so much more. 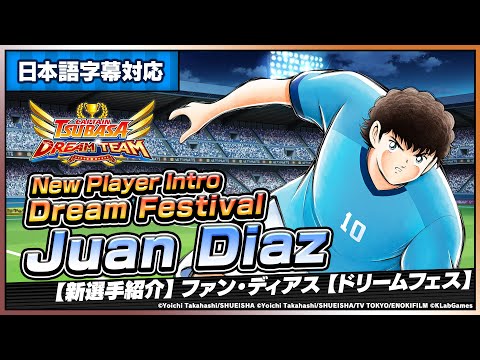 There will also be a J.LEAGUE Selection Transfer and a Dreamball Exchange Update, so if you're eager to join in on all the festivities, you can download Captain Tsubasa: Dream Team on the iOS App Store and on the Google Play Store for Android devices. It's a free-to-play game with in-app purchases. You can also visit the official website for more info, or join the community of followers over on the official Twitter page to stay updated on all the latest developments. You can have a look at the embedded clip above as well if you're curious about the title's newest updates.

Are you on the hunt for more similar titles that will put your skills to the test on your mobile device? Why not take a gander at our list of the top 25 best sports games for Android phones and tablets?

Next Up :
Marvel Contest of Champions is giving away Doctor Strange for free as his battle against the multiverse begins