The mobile anime soccer game Captain Tsubasa: Dream Team, inspired by the series of the same name, has announced the latest Dream Championship 2022 start date. If you are a Tsubasa regular, you’ll know that this is the biggest event of the year, a global competition through which the best of the best will compete against one another as they climb the leaderboards to compete for a swath of exclusive in-game prizes.

Being the fourth of the Dream Tournaments hosted so far, each held entirely online, this tournament was made for players of Captain Tsubasa: Dream Team to really show off their skill and prowess, and to decide who the number one Dream Team player truly is. Players from all over the globe can compete, and there are no regional restrictions. Instead, you’ll be taking everyone else on bracket-style, progressing through qualifiers into final regional qualifiers into the finals themselves. Each part of this tournament will be hosted on YouTube as well, so you might even see yourself on the big screen! 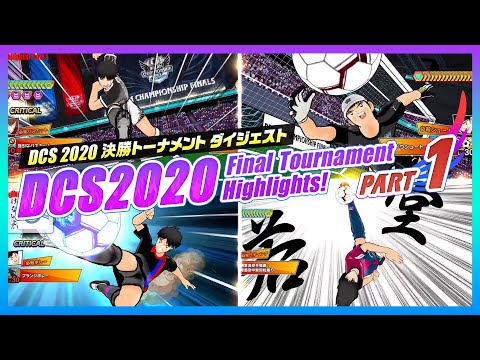 If you’re looking to test your might against other top-of-the-line players of Dream Team, you won’t have to wait too long. The Dream Tournament 2022 begins on Friday, September 9th and will progress all the way until December. To further motivate you to try and win, if you manage to get into the top 6,000 players, you’ll get some free in-game goodies themed after the tournament. This is the reward for every tier that players can land post the top 6,000 but it gets progressively more impressive, like the global 1st place reward giving you an absurd amount of flashy and typically expensive in-game rewards.

So, the event of the year for Captain Tsubasa: Dream Team players begins in only a few short months. If you’re looking to be that number one player this time around, why not give it a shot for free on either the App Store or Google Play?!

Looking for more intense athletic action? Check out our Top 25 best iOS sports games!
Next Up :
Racing Master is launching its third beta test next week ahead of an official launch later this year