KLab Inc. has announced an exciting update for Captain Tsubasa: Dream Team, letting players join in on the festivities for the 5th anniversary of the popular sports title on mobile. Players can expect new characters wearing the JUVENTUS Official Kit, as well as up to 500 Free Transfers from the 5th Anniversary Big Thanks 10-Player Transfer Ticket.

During the 5th-anniversary festivities for Captain Tsubasa: Dream Team from June 3rd to July 1st, players can simply log into the game to score special goodies such as 50 Dreamballs and (SSR) Kojiro Hyuga (Piemonte (NEXT DREAM)). The JUVENTUS Selection Transfer also lets players nab one guaranteed SSR player upon reaching Step 3 and another on Step 5 - the pool will contain Kojiro Hyuga, Davi, Alessandro Delpi, and Filippo Inzars wearing JUVENTUS official kits. 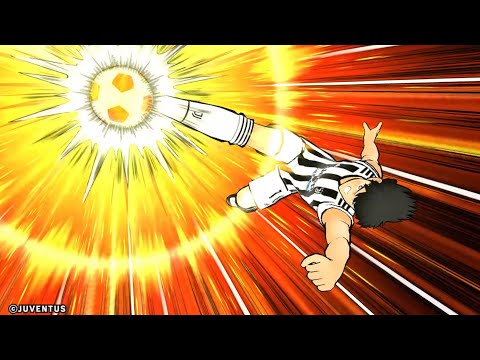 If you're eager to join in on all the fun, you can download Captain Tsubasa: Dream Team on the Google Play Store for Android devices and on the iOS App Store. It's a free-to-play game with in-app purchases. You can also visit the official website for more info or join the community of fans on Facebook to stay updated on all the latest developments.

Are you on the lookout for more similar titles that will put your skills to the test on your mobile device? Why not take a gander at our list of the top 25 best sports games for Android phones and tablets?

Next Up :
Rise of Stars launches Council Conquest event, giving players more ways to earn while having fun

Captain Tsubasa: Dream Team teams up with the J.League for event missions, in-game campaigns and more