Welcome to the latest in our series of Pocket Gamer columns. We're taking the best games writers in the industry and giving them a platform. Veteran journalist Jon Jordan is here each week examining the trends shaping your mobile games scene. This week he's trying to match mobile games with celebrities.

"If you could describe this game as a famous personality, who would it be?"

That's been the question puzzling me this week.

I think it's supposed to be a bit of fun. I'm doing a mock review - something many game developers pay journalists to do to provide feedback about their in-development titles - and this is the final question.

As covered in a previous column, journalists aren't game designers, so in my humble opinion the sort of useful technical commentary they can provide is limited.

But given game journalists' skillsets should include mixing a wide-but-shallow knowledge of games with creative writing flair, this is a cleverly-positioned task.

We - or I - should be adept at describing game as a famous personalities, but I'm struggling.

Probably I'm thinking too deeply about it.

Is Clash of Clans a smart reinvention of an existing model on a new platform that become a surprising global success i.e. less innovative than effective, so perhaps a Tom Cruise?

Noted, it hasn't had multiple marriages, been widely ridiculed for its religious beliefs, nor is it shorter than average.

Similarly with Fortnite Mobile. Was it a colourful yet moribund experience rescued from ignominy by deeper trends, and thanks to deft and targeted marketing a now surprise market leader - a Donald Trump, so to speak? 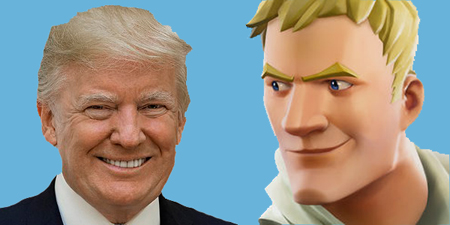 Clearly, the issue here is how much information we now have about global personalities, their views, social lives, peccadilloes, hand size and the like, which is then combined with our own increasingly intolerant attitudes to those we don't agree with.

Still, within my own notable reality distortion field, I have come up with a couple I think could gain universal appeal.

How about Candy Crush Saga?

Again, not particularly innovative, but it's very commercially successful with women of a certain age, also developed by a company with a shadowy history in gaming (the real-money wagering industry), and also now a somewhat bloated experience. Aha, that's an easy one - clearly a Vegas-era fat Elvis Presley.

What about Brawl Stars?

Not the first game of its type, it's a radical departure from Supercell's previous releases and one that pre-launched with a lot of hype and great audience acceptance. Yet the finished product hasn't been properly released, despite the company constantly tweaking and overhauling its production process.

As for the game I'm mock reviewing, all I can say is that it's improved a lot since I originally played it last year, but I'm not convinced if it can stand out from the crowd or how much longevity it will have.

And the only personality I can think of at the moment is Snap CEO Evan Spiegel, but he's too successful to reflect the uncertainty I have about the game.

More googling required then, or free feel to add your comments below.

If this column has given you food for thought, share your comments below and bookmark Jon Jordan's page for more of the same next Monday. Remember to also check out words of wisdom and mirth from experienced games journalists Susan Arendt and Harry Slater each week.
Next Up :
Why the Razer Edge could be the best device for mobile gaming on Android