It's taken what feels like forever to appear (indeed, we ran a preview of the game all the way back in October), but finally Criterion's first mobile game Burnout Crash! will be tearing onto the App Store from midnight tonight.

Rather than follow the traditional console Burnout route of pitting you against racers and oncoming traffic at breakneck speeds, Crash! takes the basic principles of the Crash Junction mode from the main games and adds a number of twists to the formula.

Viewing the action from overhead, you have to cause as much carnage as possible by exploding (and then "after touching" your smoking wreck) into traffic, buildings, special vehicles, and more. You can then pit your best scores against your friends' via Autolog.

The game recieved a muted response from the console press when it was released on Xbox and PS3 in September 2011, but Criterion has made a number of changes to the structure of the iOS version to potentially counter the issues raised by our home console-loving contemporaries.

Burnout Crash! should be exploding onto the App Store from midnight this evening as a Universal app, priced £2.99 / $4.99.

If you don't like watching cringeworthy promo videos starring David "The Hoff" Hasselhoff, by the way, don't look below. 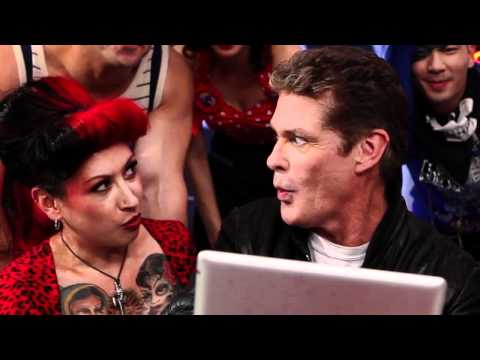