Bungo Stray Dogs: Tales of the Lost has now launched some exciting new events for long-time players to sink their teeth into. Tales of the Lost is of course the mobile game adaptation of the popular anime, and it sees you collecting fan-favourite characters, customising them with exclusive in-game outfits and sending them to do battle with the forces of evil.

Bungo Stray Dogs revolves around a young adult named Atsushi Nakajima and his role in the Armed Detective Agency. It’s an action-packed, supernatural tale full of intrigue and memorable characters.

The battles in Tales of the Lost are accessible and fast, making use of an ‘Ability Fling’ that sees you pulling back and releasing a touchscreen prompt to execute attacks. It mixes powerful abilities with flashy cut-in animations to great effect.
Fans will already know that the ‘DRAGON HEAD’ event is based on the popular movie ‘Bungo Stray Dogs: DEAD APPLE’. For the duration of the event, SSR Shibusawa Tatsuhiko will be made available as a special reward. 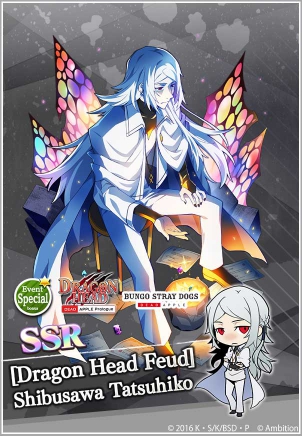 The big highlight here is arguably the new scenario written by Kafka Asagiri himself, creator of Bungo Stray Dogs. It follows the events leading up to the movie, and it tasks you with clearing limited-time event stages to earn event points and event items.

The DEAD APPLE event also introduces Tsujimura Mizuki and Scout Nakahara Chuya, two all-new characters available for a limited time only. On top of all that, a Step-Up Scout that guarantees an SSR character in one of its steps is also now available to collect. 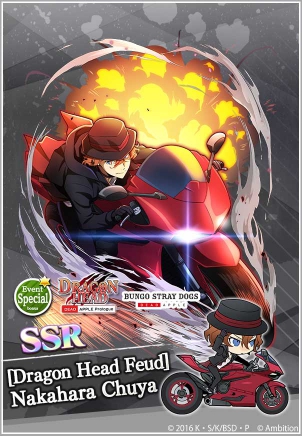 These can then be used to acquire the Awakening Materials required to upgrade Tatsuhiko to UR rarity, which is currently the highest rarity in the game. This marks the first time a character available through event rewards has been upgradable to UR rarity.

If you’re a big fan of the anime and haven’t yet tried it out, you’ll find Bungo Stray Dogs: Tales of the Lost available for download now over on both the App Store and Google Play.

What's A Preferred Partner Feature?
From time to time Steel Media offers companies and organisations the opportunity to partner with us on specially commissioned articles on subjects we think are of interest to our readers. For more information about how we work with commercial partners, please read our Sponsorship Editorial Independence Policy.
If you're interested in becoming a Preferred Partner please click here.
Next Up :
SIEGE: Apocalypse is KIXEYE's new 1v1 military battler that's out now on iOS and Android