The much anticipated match-3 puzzler BTS Island: In The SEOM, themed after the ludicrously famous Korean pop group BTS, has officially launched for global audiences. This game will see you completing match-3 puzzles and completing various missions to progress a story that will involve each member of the group as they live out their days in a tropical paradise.

If you haven’t heard of BTS, I’d be shocked. They took the world by storm and have remained a permanent stay worldwide, with their influence expanding out of South Korea rapidly and reaching everywhere from Europe to America to Japan and so on. Currently their most recent song, Yet To Come, is sitting at 114 million views on YouTube despite releasing only two weeks ago, so it’s safe to say they are a massive sensation. 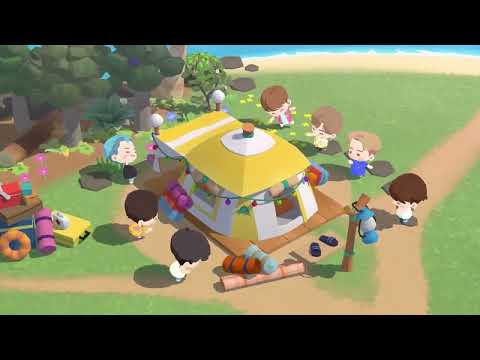 So, of course, a mobile game themed after such a sensation was inevitable. This is, however, not the first mobile game venture BTS has embarked on, as in June of 2019, BTS World launched to wide acclaim as well. BTS Island is much more stylized than World, however, featuring some chibi-style versions of the pop group and some lovely cartoony graphics that call onto the same art style that something like Animal Crossing rocks.

As for the gameplay, it’s relatively standard match-3 fare. You’ll be progressing through levels by completing these puzzles, and as you do, you’ll unlock new story bits that will show off the group’s interactions more and unlock more structures and features for their island paradise. If you’ve played games like Bejeweled or Candy Crush, you know what you’re in for here.

If you’re a fan of that sort of thing, or just love BTS like so many people all over the world, you can give BTS Island: In The SEOM a shot for free on the App Store and Google Play right now.