Off-the rails: Why Gameloft switched Brothers in Arms 3 from an on-rail shooter to free roaming

Whatever happened to Gameloft's Brothers in Arms 3: Sons of War? Is it lost or Missing In Action?

Last time it was publicly playable was E3 2013, when the third person perspective WWII-themed game experience was an on-rails cover shooter.

Since then little has been heard about the game. But that's about to change.

Game Development Director Arnaud Bonnard tells Pocket Gamer that it was player reaction to this style of gameplay which resulted in the developer rethinking its approach, and hence delaying the game's release.

"The gameplay we showed at E3 last year used on-rail movement which we decided to change following the feedback we received in focus groups," he reveals.

Now the game enables players to move freely through the environments. Bonnard argues that this hasn't changed the basic flow, however.

"It did not change the core experience," he says.

"The character is controlled with a D-pad which allows players to move freely. 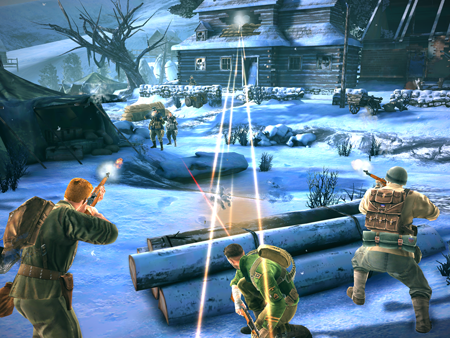 "We then have the complimentary cover system which gets the character to cover automatically once you get close to a marked cover position, so, you actually have a nice balance between freedom which enables strategic decisions and automation which allows for a faster, more action-oriented gameplay."

Obviously this change has had a knock-on impact in terms of the game's development cycle though, which accounts for the information blackout during 2014.

Gameloft hasn't yet confirmed the game's release date, but it expects to announce its plans soon.

In the meantime, Arnaud Bonnard is keen to discuss why he thinks Brothers in Arms 3 will find an audience within the very crowded touchscreen shooter genre.

"Its action cover-based gameplay makes for a particularly different experience because you're not always concentrated on running and gunning, but you are also encouraged to make tactical decisions, like deciding when to take cover, when to shoot from behind it and when to advance," he says. 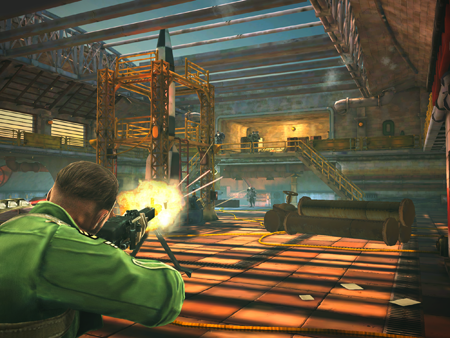 This gameplay is mixed with sniper and stealth missions for variation, while the whole game is designed to be played in mobile-friendly bite-sized tactical action sequences.

Throw in 12 'Brother' characters, each of which offers some light-RPG action in terms of their special actions, and Gameloft believes it has a game that will demonstrate a bad game released on time remains bad despite its punctuality, whereas a good game that's a bit late isn't remembered for being late.

Brothers in Arms 3: Sons of War

Hands-on with Brothers in Arms 3 - taking cover, shooting nazis, and paying for grenades