Coming to iOS and Android on February 5th

Bridge Strike is an upcoming arcade flight game in the vein of River Raid that I had the pleasure of playing at Poznan Game Arena back in October. Developer Project R3D had it set up to play on an arcade cabinet fit with a flight stick. It felt great and looked even better, though I have to wonder how touchscreen controls will compare to that experience.

I got to see some of the neat weather changes, including snow and heavy rainfall, and hopped through various levels to get a sense of the bigger picture. The pixel art and level of polish on display were especially impressive, making the whole thing come across as a labour of love from a team of retro enthusiasts. 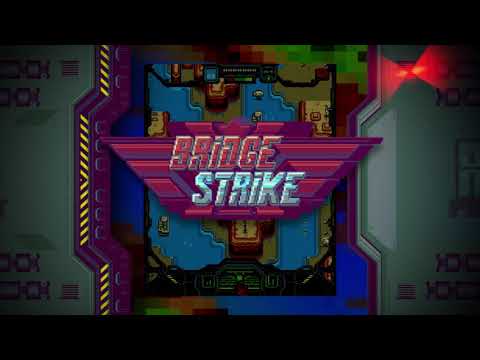 As you might expect, it can certainly be quick tricky, though the controls are responsive and you can slow down when need be to destress and gather some stray coins. I at times felt like my own worst enemy when I took silly risks that ultimately led to me crashing and dying.

Enemies cause similar grief, with a nice variety of sea and air-based rivals to dodge and destroy. That said, I do recall there being certain enemy types that couldn't be destroyed by conventional means, requiring me to avoid them at all costs. This adds an extra layer of tactical thought, as you can't just blast your way through everything and everyone. 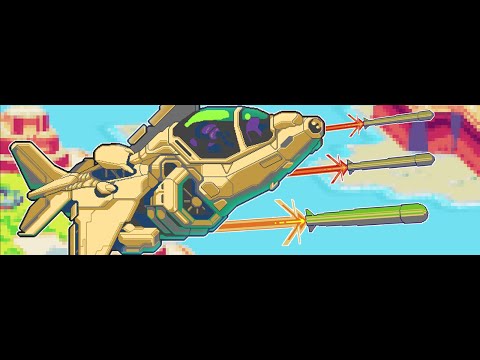 Your primary means of attack is an endless supply of rockets. These are especially good at blowing those pesky bridges to bits when they have the audacity to get in your way. Outside of combat, you'll also need to keep an eye on your fuel meter if you're to stay in the air. Thankfully, there is an abundance of aircraft carriers that hold plenty of the stuff.

Bridge Strike is currently available for pre-registration over on the App Store and Google Play, and I'd say it's definitely worth checking out if you're a retro fan or can appreciate some great pixel art and chiptune tracks. February 5th is the current release date.

Vote for YOUR Game of the Year in the Pocket Gamer People's Choice Award 2020
Next Up :
Space War Battle Cadet DX lets you match colours to defeat enemies, out now on Android