Oh Square Enix, why must you tease us so?

Last week, a cryptic message was posted to the official Bravely Default Flying Fairy Twitter account that (roughly) translated a phrase western JRPG fans have been eager to read: "I accessed Twitter after a long absence. A voice of the foreign one arrives properly!"

Many took the tweet to mean that a western release of Bravely Default might be on the horizon. While we found it encouraging, the rumour was a bit too thin for us to report on - especially since we've been burned by such rumours in the past.

But now, Nintendolife reports that a second tweet has appeared on the official feed that hints more strongly at a western release of the game. The tweet in question reads: "There is much comment from overseas one! I do my best to have all of you play!" 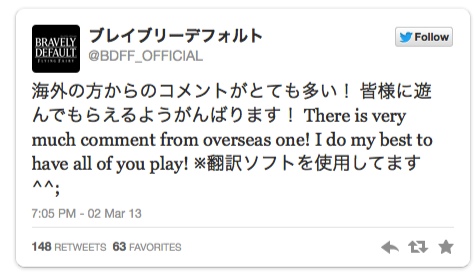 Fans of JRPGs in Europe and North America have been excited about Bravely Default Flying Fairy since its announcement for the 3DS in September 2011.

The new intellectual property from Square Enix recalls many elements of early Final Fantasy games (including the job system), although it's not affiliated with Final Fantasy in any official way.

Despite selling well in Japan, however, Bravely Default's producer Tomoya Asano stated in an interview with RPGLand that Square Enix did "not have plans to bring the game over to America yet."

If we're reading @BDFF_Official correctly, this stance has hopefully changed. We'll be sure to keep you updated as soon as we learn more. 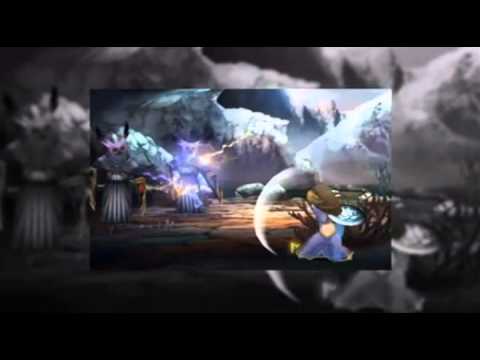