Triple-A in the palm of your hand

Promising that 2013 would be "a new and bright chapter in the life of the PlayStation Vita", Sony announced that it would soon receive a port of Gearbox Software's award-winning Borderlands 2.

The hybrid RPG shooter currently enjoys a Metacritic ranking of 89 percent and is praised for both its depth and action.

While not a new Vita-specific game, the announcement of Borderlands 2 will give Vita owners the chance to experience a full triple-A, 'shoot and loot' game on the go.

While on the topic of triple-A games on the go, Sony also showed a demo of Assassin's Creed IV: Black Flag running on a PlayStation Vita via Remote Play.

The transition from PS4 to PS Vita was absolutely seamless, but the action of the demo was scuttled when a freak gust of wind blew Edward Kenway's pirate ship off course, proving that piracy is arr'd work indeed.

We don't have a release date for the Vita port of Borderlands 2 yet, but the Remote Play, PS4 version of Assassin's Creed IV is due out at the new console's launch - November 15 in North America and November 29 in Europe. 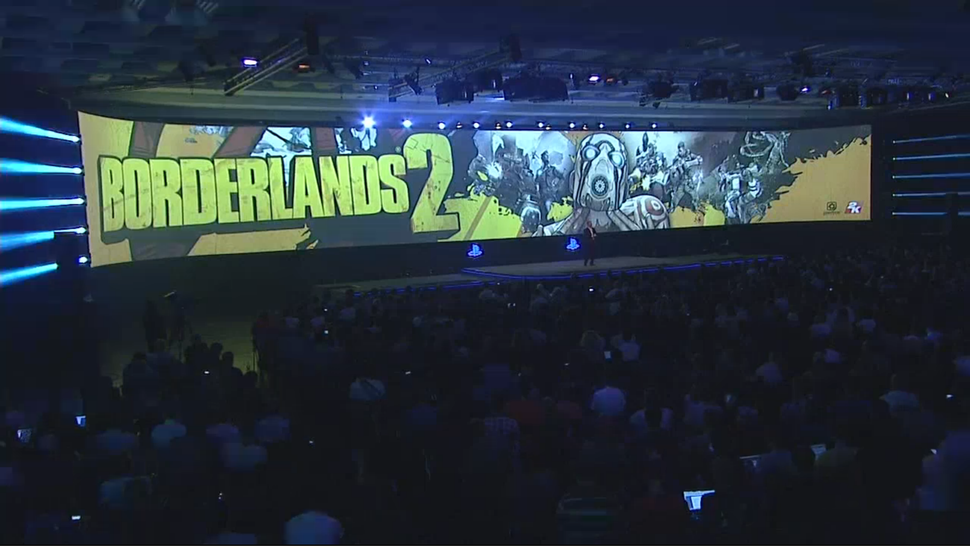 Five Keys to Victory in Borderlands 2 Now on NVIDIA SHIELD

Return to Pandora in Borderlands 2 and Borderlands: The Pre-Sequel Now on NVIDIA SHIELD

Borderlands 2, the PS Vita port of the loot-grabbing RPG shooter, finally has a solid release date for Europe